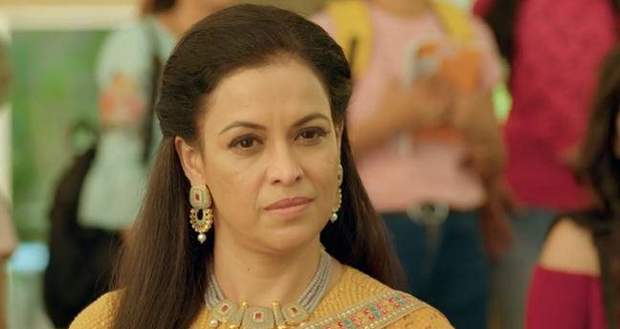 Today's Imli 7 July 2021 episode starts with Anu revealing about Imlie and Aditya's relationship and saying that Aditya left his wife because of Imlie.

Dev tries to stop while Imlie starts getting questioned by the media reporters.

The college principal informs Aditya about the situation and he rushes there.

Imlie starts getting flustered due to all the cameras clicking her pictures while Aditya comes there.

He defends Imlie and calms her while the reporters take their pictures.

Aditya fights with the reporter who took their picture and breaks his camera while Anu reveals that she called them all there.

Elsewhere, the Tripathi family gets calls from relatives and they get shocked seeing the news about Imlie and Aditya on television.

All the reporters leave while Aditya questions Anu why she did it.

Anu says that Malini told her everything but Malini also comes there at the same time and tells her that she did not say that.

Malini further scolds Anu and says that she feels insulted because of her and takes her from there.

At home, Aparna and others ladies calm Imlie and take her inside while Radha suggests getting Imlie married to stop the rumors from spreading.

However, Aditya says that Imlie is already married.