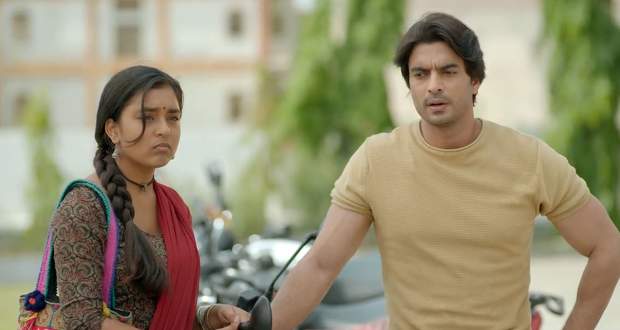 Today's Imli 7 June 2021 episode starts with the lawyer Kunal Chauhan introducing himself to Imlie and asking her why she is there.

She tells him about Satyakaam and he gets ready to take Satyakaam's face while praising him.

Further, Imlie and Aditya ask Malini about her boyfriend and she lies that he's waiting for them in the parking lot.

Later, Malini notices the lawyer named Kunal Chauhan and pleads with him to be her boyfriend for one day while he misunderstands her and refuses.

Imlie comes there and Malini holds KC's (Kunal Chauhan) hand while introducing him as her boyfriend.

Aditya comes there while Imlie reveals that he is the one who is fighting Satyakaam's case and is also Malini's boyfriend.

KC praises Aditya's work while Malini pleads with him to help her.

He acts as Malini's boyfriend after which Imlie and Aditya leave.

Malini thank KC and promise him to tell the whole story some other time.

Imlie tells Aditya that she found Malini and KC's relationship suspicious while he says that she is just afraid of revealing their relationship.

Meanwhile, Malini requests KC to not take Satyakaam's case and refer it to someone else while he refuses which causes an argument between the two.

© Copyright tellybest.com, 2020, 2021. All Rights Reserved. Unauthorized use and/or duplication of any material from tellybest.com without written permission is strictly prohibited.
Cached Saved on: Sunday 2nd of October 2022 02:07:45 AMCached Disp on: Friday 7th of October 2022 03:57:25 PM