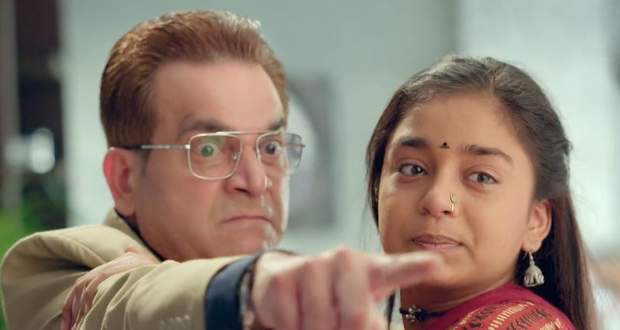 Today's Imli 7 May 2021 episode starts with Anu scolding Imlie for interfering in Malini's life and warning her about not to interfere. Imile tries to convince her but it doesn't work.

In Pagdandiya, Meeti's friend tries to convince Satyakaam to meet Meethi as her health deteriorates but he refuses.

Meanwhile, Dev raises his hand on Anu for slapping Imlie. Anu tells them that she interfered in Aditya and Malini's relation first and now because of her Dev even tried to hit her.

Anu comes to Tripathi's house and tells the family about Aditya dropping Imlie at home on a bike.

When Rupali tries to support Aditya, Anu condemns her. Anu's questions make the family silent regarding Imlie and Aditya.

Malini tells Anu that she had asked Aditya to drop Imlie at home.

When Dev tries to reveal his relationship with Imlie, Dadi stops him.

Aditya overhears Imlie enquiring about the hostel and confronts her. He argues with her and leaves.

Nani informs Meeti about Satyakaam's arrival and leaving without meeting her.