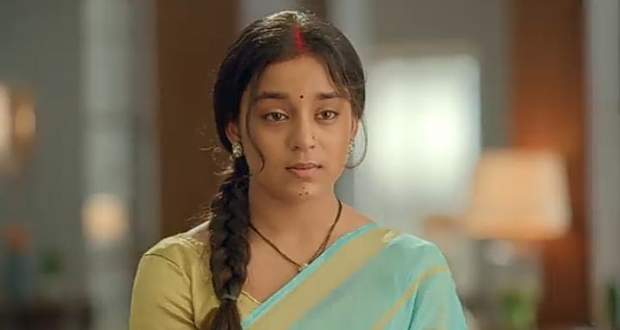 She leaves after which Aditya tells Imlie that his hand is painting and that their chemistry is not matching.

Elsewhere, Mithi serves Prasad to all the servants while Dev tells her that they are going to the Tripathi house to see Imlie and Aditya dance which makes Anu angry.

She calls Malini and tells her to do what she says after which Malini acts upset near Aparna.

Aditya records on camera why he is upset with Satyakaam and that he wants to start a happy married life with Imlie as he loved her and thinks to give it to Imlie as a gift since she wanted to become a journalist.

Later, the members of the Tripathi family dress up as their respective characters while Anu, Dev, and Mithi arrive there.

Aditya and Imlie come downstairs in Krishna and Radha's getup and everyone gets happy.

However, Malini also comes downstairs in a getup similar to Radha and says that she dressed up nicely since she wanted to become Radha but couldn't.

Later, Aparna tells Imlie to make Prasad for the kids and sends her to the kitchen while Mithi goes to her and encourages her saying that her mother-in-law is slowly accepting her.

Meanwhile, Aparna tells Mithi that she will dance with Aditya as Radha as it's not Imlie's right but hers.

Malibu starts the performance as Radha which shocks Aditya.