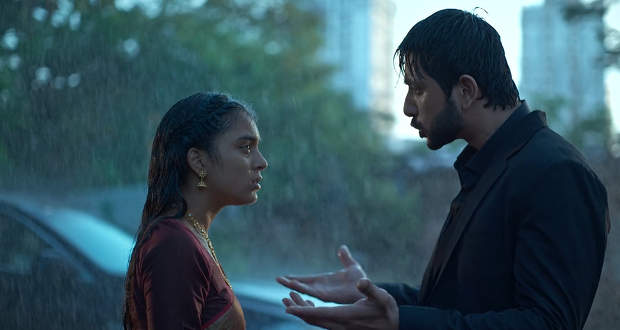 Today's Imli 8 December 2021 episode starts with Imlie recalling the memories with Aditya and Aryan asking Imlie whether she is busy the next day.

Aryan asks Imlie to get ready early tomorrow and to wear good clothes.

Aryan informs that the meeting that is going to be held in Raj mahal the next day is important to him and the Bhaskar times.

Meanwhile, in Tripathi’s house, Aditya celebrates Imlie and his’ anniversary.

On the other hand, Aryan asks Imlie to get down the car in heavy rain and warns her to get rid of her emotional stress so that she can work properly.

Imlie collapses down on road and cries aloud, while Aryan comes back and asks Imlie to sit in the car.

Imlie refuses and argues with Aryan that he will not understand her pain.

Aryan bursts out and questions Imlie that why did she leave Aditya and is staying out if she loves him.

Aryan makes clear to Imlie that there is no one for Imlie and says she is alone.

Aryan asks Imlie to have control over her life and to stay strong without being disappointed and also asks her to stay motivated.

Meanwhile, Narmadha and Aparna meet in the temple and have a conversation about their son’s marriage life.

At the same moment, everyone in Tripathi’s house gets ready for the party.

© Copyright tellybest.com, 2020, 2021. All Rights Reserved. Unauthorized use and/or duplication of any material from tellybest.com without written permission is strictly prohibited.
Cached Saved on: Thursday 20th of January 2022 04:51:41 AM