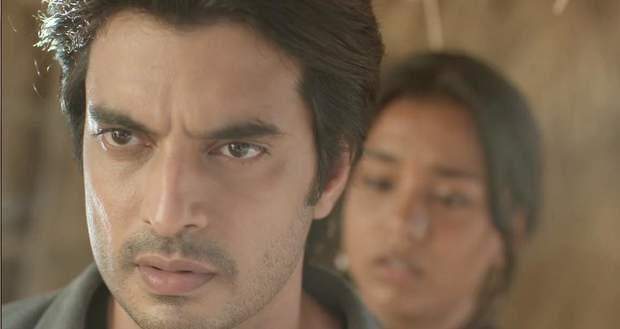 Today's Imli 8 January 2021 episode starts with Malini showing Imlie her location and place where she is going for the honeymoon while Anu looks at her with distaste.

Aditya gets a call from his boss who tells him that he will have to go to Pagdandiya to cover Satyakaam's meeting with government officials.

Aditya informs everyone about his trip to Pagdandiya while Anu rebukes him for choosing work over Malini and tells him to call her Mrs. Chaturvedi from now on.

Dev tells Aditya that he will post the tickets for after two weeks and tells to go to Pagdandiya for his work.

Meanwhile, Imlie thinks that she will ask Aditya to let her come with him so that she can meet Mithi.

Elsewhere, Mithi tries to make a clay pot but failing as she remembers Imlie's harsh words towards her while Dulari comes there and says that she should consider Imlie dead for her.

Aparna informs everyone that Aditya, Malini and Imlie are coming home as Aditya has to go to Pagdandiya.

Sundar suggests everyone to sent Imlie with him also while Rupali agrees with him saying that Imlie will meet her mother.

Later, Aparna scolds Aditya for leaving Malini on the second day of marriage while Harsh informs that Imlie is going with him to Pagdandiya and gives her the bus ticket.

Imlie grows excited to meet Mithi while Aditya comes there and tells her to pack all of her belonging and stay there. He says that he will convince Mithi and Satyakaam and will take care of her education.

Elsewhere, Mithi tries to sell her earthen lamps in the middle of heavy rain while Satyakaam confronts her.