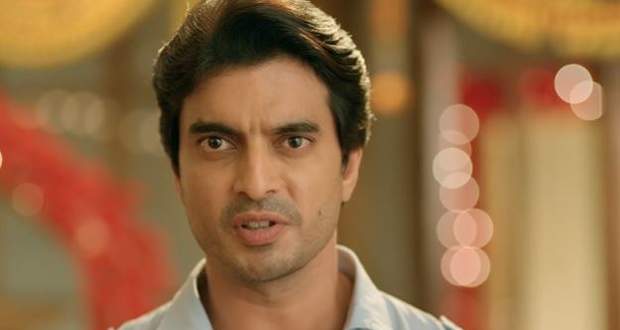 Today's Imli 8 July 2021 episode starts with Aditya revealing that Imlie is married and is about to reveal the truth but Nishant stops him.

Everyone leaves while Nishant advises Aditya to talk to Imlie before doing anything.

Elsewhere, Malini reveals the truth about Imlie and Aditya's relationship and pleads with Anu to leave them alone.

Meanwhile, Imlie sits tense thinking about the moment of media surrounding her as the others try to cheer her up.

Dev wonders whom to choose between his daughters while Imlie tells Aditya that she wants to reveal their truth.

Later, Aditya and Imlie calm each other and hug while someone clicks their picture.

The next day, the Tripathi family eagerly waits to meet Imlie's husband while Anu gets the picture of Aditya and Imlie.

Upcoming Imli episode update: Anu exposes Aditya and Imlie to the Tripathi and Aditya reveals his marriage with Imlie.