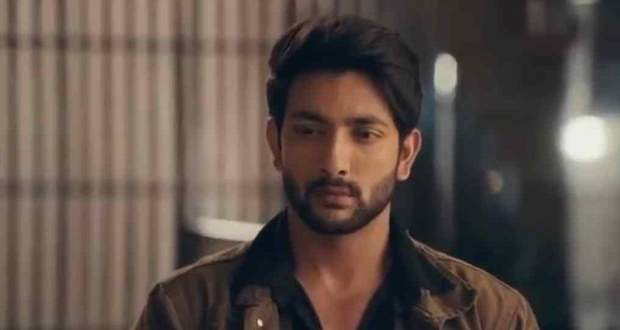 Aryan punches the portrait of Aditya, which he had framed. His eyes are red full of hatred and his nerves pop up with anger gushing through his veins.

On the other hand, Imlie reaches the office and listens to Aryan's rants. She sees his wounded hand and aids him.

Furthermore, Aryan tells Imlie the truth about his enmity towards Aditya.

Back when Aryan and Arvind were doing business, Aditya wrote a negative article about them. Not one but too many articles based on false information and which made Arvind burn himself alive in front of Aryan and Arpita.

Later, Imlie tries to comfort Aryan and talks about Aditya.

However, Aryan tells her the power and impact of journalists and how Aditya was blinded by his pride and overconfidence which took the life of a person.

Furthermore, Aryan shows Imlie the evidence of Aditya's innocence but refuses to let her use it to free him.

At the same time, Imlie blocks Aryan in his chair and questions him and asks who is he to stop her, he budges forward resulting in her stumbling and falling but he catches her.

On the other hand, Imlie kicks Aryan's knee and gives him a headlock from behind and threatens him to free Aditya.

However, Aryan doesn’t agree with Imlie. She resigns from her job and starts to blabber about Aditya's innocence and to catch the real culprits.

At the same time, Aryan grabs Imlie and shuts her with his palms. She gets a phone call and learns about Aditya indulging himself with alcohol.

Elsewhere, Arpita and Narmada talk about Aryan, Imlie, and Aditya. Narmada tells how Aryan is blinded with revenge and lost Imlie.

On the other hand, Narmada informs Arpita about Jithani Ji and Gudiya's arrival.