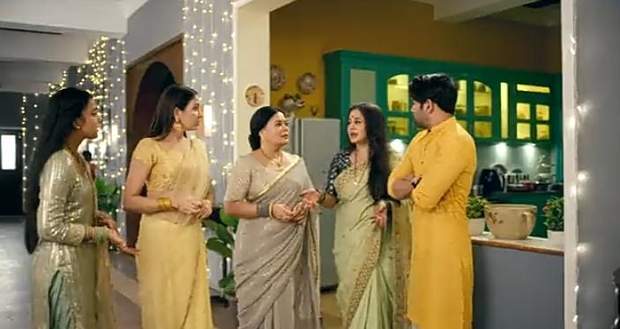 Today's Imli 8 November 2021 episode starts with Malini tells Anu that she pointed the gun towards Imlie.Unfortunately, Satyakam came in middle and she lost her chance.

Meanwhile, Aditya overhears Malini and Anu's conversation and questions Malini about whom she was talking.

Malini takes this as a chance to instigate Aditya against Imlie. She tells him that Imlie is behind her baby and wants to kill it anyhow.

Further, Aditya pours out his heart in front of Rupali and Nishant. Both of them comfort Aditya saying that Imlie will never do anything wrong.

Later, Malini tries leaving the house. Whereas, Anu tries to provoke everyone against Imlie and tells them that Imlie is the reason behind Malini's staunch action.

On the other hand, Tripathi's confront Imlie against Anu's allegations.

At the same time, Aditya questions Imlie about her actions and why is she behind Malini the whole time.

Imlie gets heartbroken to learn that Aditya is under the huge influence of Malini and he won't understand her in any case.