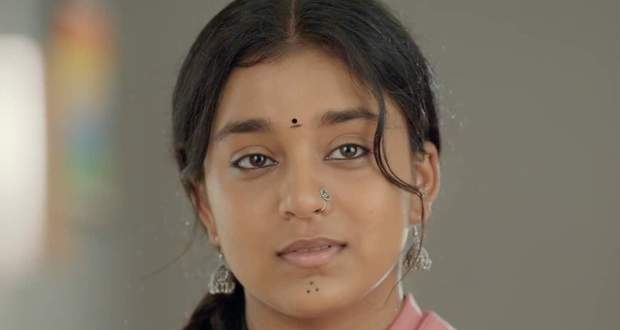 Today's Imli 9 April 2021 episode starts with Malini opening the door and sees the lights off.

She turns on the flashlight from her phone and goes inside while Aditya sits close to Imlie and asks her about her result.

Aditya holds her and talks to her while Malini meets Nidhi in the hallway who informs her of the power cut.

Imlie asks for water and Aditya goes to bring it while Malini talks to him and he gets started looking around the room but doesn't find Imlie.

Nidhi informs Imlie that Malini is back while Aditya accuses Malini of doubting him as she had called the landline and not his phone to spy on him.

Malini tries to talk to him while he says to talk the next day and goes to sleep.

Imlie does the pooja while Harish increases the volume of his radio.

The ladies go to her to stop her while she argues with Harish.

Aditya hopes that Imlie passes her exams while Imlie starts the pooja and gives the family members cooking utensils as instruments.

He clicks the picture and is looking at Imlie's picture while Malini comes from behind and looks at them.

Aparna asks Imlie what she would like to eat and she replies that she likes ' Kadhi Chaval (Curry Rice').

Harish and Pankaj announce that they will make the food for Imlie and everyone declines to help him but Aditya announces that he'll help shocking everyone.

The three make a mess in the kitchen while others laugh at them.

Aditya makes others get away from the kitchen.

Elsewhere, Mithi talks to Prakash and he tells her that he will take her to school the next day to see Imlie's result while Satyakaam comes there and talks to them.

Aditya and others serve food while the ladies complain that it is too spicy.

Pankaj and Harish pit the blame on Aditya and he apologises to everyone saying that it is his fault.