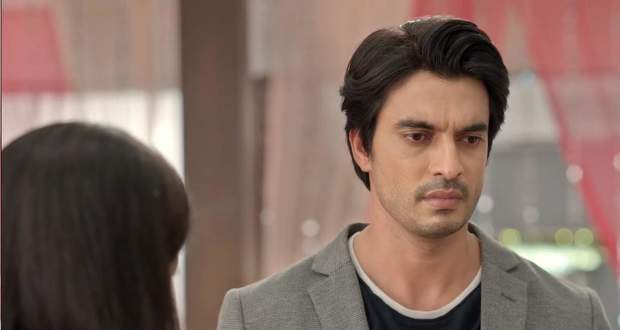 Today's Imli 9 December 2020 episode starts with Aditya’s mother taking care of all the preparations for Aditya’s marriage. She asks Aditya to meet Malini’s grandmother at her house.

Imli asks the Tripathi family to help her in the preparations for Shiv Puja. Meanwhile, Aditya meets Malini’s grandmother and impresses her in the first go.

Imli offers a drink as Prasad to the Tripathi family. On the other hand, Anu taunts Aditya for studying at a government school, while Aditya gives her a bold answer.

Anu questions Aditya about his in-hand salary. Aditya asks her to accompany him to his house to see how his family will greet her high-class guests.

Imli and the Tripathi family get high after drinking Bholenaath Ka Prasad and dance out of their senses.

Aditya enters his house along with Malini’s family and gets shocked to see his family dancing in a weird manner.

Anu decides to change the engagement venue to her house. Aditya feels embarrassed, while Malini and her family leave from there.

Further, Satyakaam gets angry with Amma and confronts her for ruining Imli’s life. He holds her at gunpoint, while Mithi stops Satyakaam from shooting a bullet at her Amma.

Aditya gets angry with his entire family and shouts at Imli for making him embarrass in front of Malini’s family.

He asks her to pack her bags, while Satyakaam assures Mithi that he will unite her with Imli in Delhi.

© Copyright tellybest.com, 2020, 2021. All Rights Reserved. Unauthorized use and/or duplication of any material from tellybest.com without written permission is strictly prohibited.
Cached Saved on: Wednesday 28th of July 2021 08:52:10 AMCached Disp on: Sunday 1st of August 2021 05:26:37 AM