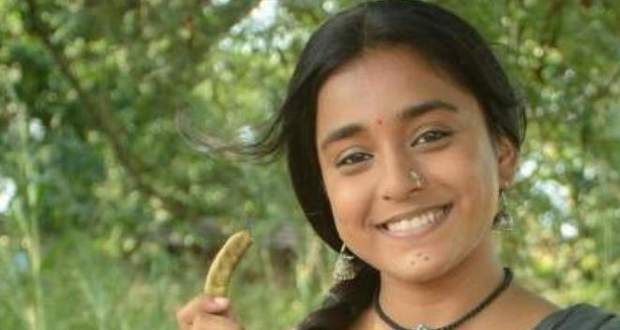 Imlie says that she's not a guest while Dulari insults her says that Aditya's family must have kicked her out.

Satyakaam threatens Dulari and makes her shut up while Imlie reveals that she has run away from the city.

She says that she had a nightmare about Aditya and ran away while Satyakaam tells her to call Aditya and inform her that she is at Pagdandiya.

Meanwhile, Aditya reaches home to see his family packing as Malini informs that they are going to Pagdandiya to search for Imlie.

Adotya tries to stop them while their landline rings and Aditya picks up to hear Imlie's voice.

All the family members talk to her which makes her emotional while Aparna takes the receiver and asks her when she is coming back.

However, Imlie tells her to take care and cuts the call.

Later, Aditya is wondering about Imlie while Malini comes there and reveals that she is a little bit angry at Imlie for going without informing anyone.

He vents his frustration on Malini and goes after which Pankaj comes to him tells him that it is not okay.

Meanwhile, Malini reveals to Aparna in the kitchen that her relationship with Aditya has not been the same after marriage and Aparna suggests she go out with Adotya for a few days.

Elsewhere, Prakash comes to Imlie and surprises her with gifts while she addresses him as Pari (Angel).

They have a beautiful conversation while he admires her and tells her that he would have never let the villagers force her into marriage if he was there.

Upcoming Imli (इमली) episode update: Aditya to reach Pagdandiya and get bitten by a snake.

© Copyright tellybest.com, 2020, 2021. All Rights Reserved. Unauthorized use and/or duplication of any material from tellybest.com without written permission is strictly prohibited.
Cached Saved on: Monday 19th of April 2021 10:50:19 AM