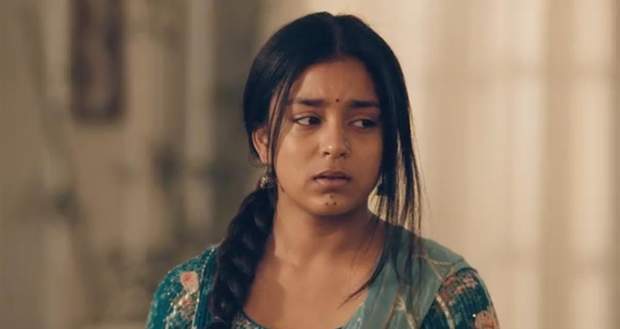 Today's Imlie 9th March 2022 episode starts with Imli tackling the swarm of reporters who have surrounded Arpita and Pankaj to cover the news of Aditya’s license being canceled.

From a distance, sitting in his car, Aryan watches Imlie defend Aditya and the Tripathi family before the reporters which makes him furious.

Going back to his house, Aryan takes out his anger on the punching bag, as his mind revolves around the events that have happened recently.

Meanwhile, Arpita arrives there and tries to cool down her brother’s temper with her sane words.

Arpita confronts Aryan that he loves Imlie but is reluctant to accept the truth.

Arpita asks Aryan to forget about the past and the revenge as the flames of it will get the three of them burnt.

Later on, when Aryan starts to leave for work, he finds Imlie already in his car.

Imlie requests Aryan to come with her to the Tripathi house if ever he has considered her as a friend.

Reaching the Tripathi house, Imlie makes Aryan see the despondency that he has brought in the Tripathi family only to avenge Aditya.

When Imlie requests Aryan to not hurt her family, Aryan puts forward a condition that renders Imlie stunned.

Devastated, Imlie goes to the temple to worship the goddess Sita to get her out of this scary dark, she has gotten trapped in.

On the other hand, Aryan reminisces about his conversation with Imlie. He believes that he has betrayed Imlie by not telling her, the real intentions behind his actions.

However, to save Imlie from being broken down, Aryan feels he had to do what he did.