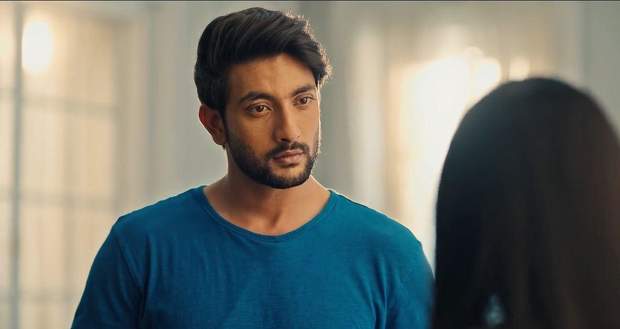 Today's Imlie 10th May 2022 episode starts with Aryan rushing to save Imlie and bringing her out of the room while the family worries for her.

The doctor is called while Jyoti recalls her putting the candle on the table and then seeing the pair of sandals.

Jyoti thinks that there is someone else inside the house who is also trying to separate Aryan and Imlie.

The doctor informs that Imlie just had a slight panic attack due to smoke inhalation but Aryan keeps telling him to check her thoroughly.

The doctor tells Aryan to calm down while everyone is amused at his concern for Imlie.

Imlie thanks Aryan for saving her as he tells the family members how the room caught fire.

Neela indirectly says that Jyoti lit the room in the fire but Imlie and Aryan defend her.

Arpita tells Aryan to take Imlie to rest and continue their date while Jyoti burns in jealousy.

Aryan picks Imlie in his hands and they lock eyes while he takes her to their room.

The next morning, Imlie is talking to Madhav about important work and tells him that she'll come there as she doesn't trust anyone else.

However, Aryan takes her phone and switches it off saying that she will rest the whole day.

Aryan further caresses Imlie's face gently and says that he can't afford to lose anything today while she closes her eyes and blushes.

Imlie softly requests Aryan to let her go to work and reluctantly agrees after failing to stop her.

In the hallway, Jyoti makes small talk with Arpita and learns that Aryan and Imlie still haven't confessed to each other.

Later, Jyoti goes to Neela and interrogates her about the fire but Neela stays adamant about her answer.

To download Imli all episodes or watch Imlie today's (10 May 2022) latest full episode, go to hotstar.com