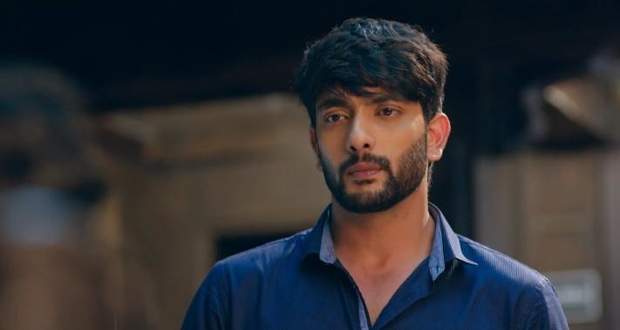 Today's Imlie 11th August 2022 episode starts with Meethi calling Chini's friends and trying to find out if they know anything about Chini's whereabouts.

Meanwhile, Imlie sits in the corner and cries saying that she can't find Cheeni while Malini arrives there and mocks Imlie.

Elsewhere, Aryan is going somewhere in his car while Chini is seen hiding in the backseat.

At Imlie's house, she emotionally tells Malini that Chini is nowhere to be found which makes her happy.

Malini mocks Imlie saying that she deserves to have everything taken away from her and tells her to die which shatters Imlie.

However, Meethi threatens to thrash Malini and makes her leave after which she comforts a panicking Imlie.

At the same time, Aryan stops at a restaurant to eat while Cheeni also feels hungry and gets out of the car.

Further, Aryan makes his order and gets distracted on a business call while the waiter keeps his food on the table and leaves.

However, Cheeni takes the plate and hides under the table while Aryan is distracted on call.

Further, Cheeni takes Aryan's phone while he's distracted eating and calls Meethi from it to inform her about the plan.

Later, Malini calls Aryan and gets happy as she learns that he has already left for Delhi which means he wouldn't know about Cheeni's disappearance.

When Malini reaches home, Anu greets her happily and again pesters her about marrying Aryan.

However, Malini shouts at her to shut up and tells her that her goal of ruining Imlie's life is complete since Imlie is all alone now.

Back in Pagdandiya, Imlie gets hysterical while Meethi emotionally blackmails her into staying home and cares for her.

At the same time in Delhi, Aryan reaches home and enters the house as he recalls his and Imlie's marriage.

Meanwhile, Cheeni also gets out of the car and enters the house as she admires it.

© Copyright tellybest.com, 2020, 2021. All Rights Reserved. Unauthorized use and/or duplication of any material from tellybest.com without written permission is strictly prohibited.
Cached Saved on: Saturday 1st of October 2022 10:15:38 PMCached Disp on: Sunday 2nd of October 2022 12:19:32 AM