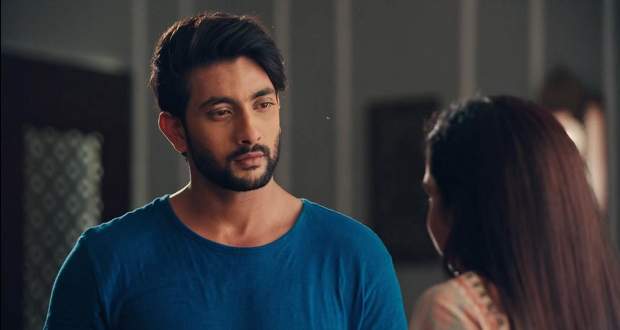 Today's Imlie 11th May 2022 episode starts with Imli and Aryan stopping their car near a bridge to get the documents for the evidence while Aryan instructs Imlie to get out only when necessary.

Aryan gets out of the car and walks toward Madhav after spotting him while Imlie goes to the driver's side to look at him.

Aryan talks to Madhav and takes the documents for him while a shooter sets his gun.

As Aryan is about to leave, a shooter shoots him while Imlie is shocked and rushes to save him.

The shooter tries to take the documents from Aryan but Aryan refuses to give them to him while the shooter aims his gun at him.

Just then, Imlie removes the hair tie from her hair and using it, she hits the shooter with a marble.

The shooter gets distracted while the people start gathering.

The shooter manages to tear the document and leave after taking half of it while Imlie rushes to Aryan.

She shouts for the people to call an ambulance while holding Aryan's head in her arms.

Back at home, Narmada and Aprita are informed and get shocked.

Meanwhile, Aryan is rushed to the hospital and is operated on while Imlie recalls all the times when he saved her from danger.

Just then, the Rathore family comes there and is terrified to see Imlie's emotional breakdown.

Jyoti thinks that it is all Imlie's fault while Neela starts talking about the worst scenario scaring Narmada.

Jyoti calms Narmada and tells Neela and Gudiya to come with her.

Telling them that Aryan's condition is due to Imlie, Jyoti convinces Neela and Gudiya to team up against her.

Elsewhere, the doctor informs the Rathore family that they need B negative blood immediately for the surgery and Imlie starts contacting everyone to arrange for it.

To download Imli all episodes or watch Imlie today's (11 May 2022) latest full episode, go to hotstar.com