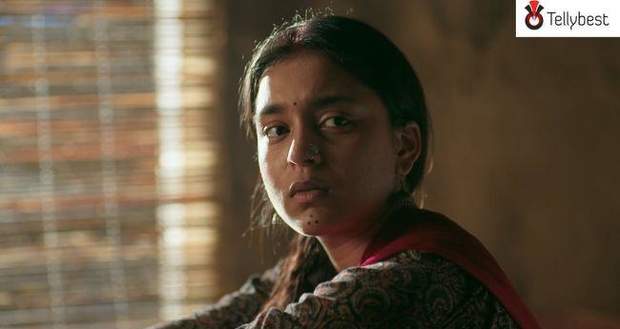 Today's Imlie 12th August 2022 episode starts with Aryan entering his main door and going inside the house while Cheeni comes outside and admires the house.

Elsewhere, Preeta gets happy seeing Aryan and questions whether he missed her or not.

Back in Pagdandiya, Meethi tries to calm Imlie who still insists that she has to find Cheeni as she is all alone.

In Delhi, Aryan gets on his phone and starts asking Preeta questions about her biodata which excites her.

However, Aryan tells her that she should apply for a post-graduation in college.

Preeta gets upset and leaves there while Arpita, Narmada, and Jaggu come to meet him.

Cheeni looks on as the two ladies tease Aryan and ask him about Imlie and what she's doing.

Aryan reluctantly sits with them and informs him about Imlie's life and Cheeni while calling her cute.

Arpita scolds Aryan while he tells her that doesn't wish to speak of Imlie anymore.

Meanwhile, Cheeni gets spotted by Jaggu and she tells him to keep quiet while he runs to tell Arpita about her.

Later, Meethi talks to Imlie and convinces her to talk to Aryan and inform him about Cheeni's disappearance and if he knows anything about it.

Meanwhile, Aryan sits in his room and is beating himself up over the fact that he cannot change his feelings for Imlie as he recalls his marriage with her.

Just then, Aryan gets a call from Imlie which makes him emotional as he starts getting flashbacks of their life together in the past.

He doesn't pick up the call and Imlie slides down crying.

However, Aryan sees the missing person news of Cheeni on the TV and immediately calls Imlie.

Aryan calmly asks her what happened and Imlie tells him about Cheeni disappearing since morning.

She asks him if he knows anything and he declines after which he comforts Imlie saying that they will find Cheeni very soon.

As soon as he ends the call, Cheeni makes her presence known and surprises Aryan.

He scolds her as she informs him that she came with him in his car.

Cheeni prevents him from calling Imlie and lies to him that Imlie makes her do house chores and scolds her.

However, Aryan keeps defending Imlie which makes Cheeni teasingly ask if he cares about Imlie.

Chini tells Aryan that she doesn't want to leave and he tells her that he has to inform her family.

Further, Cheeni distracts him from the conversation and talks about feeling hungry.