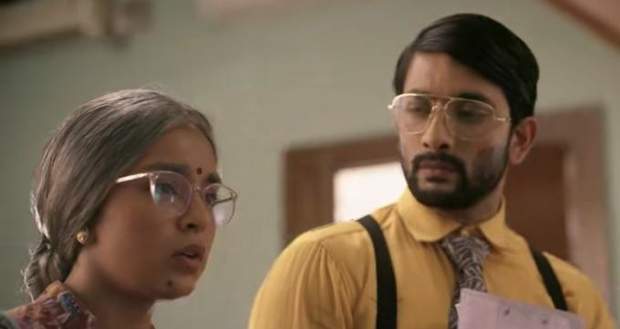 Today's Imlie 12th July 2022 episode starts with Malini entering Imlie’s house to tell her that little Gudiya is her daughter.

Lashing out at Imlie, Malini asks her why is she still running after Aditya’s last memories.

Questioning why Imlie has her baby, Malini lashes out at Imlie but Aryan replies back and asks why was her baby abandoned in the first place.

Malini pulls out a bunch of ‘missing’ posters printed for the baby and says that she has been trying to find her since the baby got away from her.

Malini goes up to Imlie and takes the baby out of her hands, which makes Imlie teary-eyed.

As Malini walks out, Imlie hugs Aryan and starts crying.

Aryan tries to console Imlie by saying that this is what they wanted all along, to find the baby’s parents, but Imlie wonders how is she supposed to forget the baby now that she knows that little Gudiya is related to her.

In the nursery, Imlie finds the ‘missing’ poster that Malini handed out to her and notices that this type of paper is never used in newspapers and the handwriting is also strange.

She goes up to Malini’s house where Anu insults her for belonging to a different class, but Imlie retaliates back by attacking Anu’s bad manners.

Insisting on seeing Malini, she goes inside even after Anu resists, saying that the baby is also a part of her family.

As she tries to pick up the baby from the crib, Malini stops her, but Imlie accuses Malini of printing false ‘missing’ posters and asks her why Malini is doing so.

The baby starts crying and Imlie starts to feed her to calm her down while also taunting Malini by saying that she can’t even take care of her child.

However, Malini says that she hates this child because of Imlie.

As Imlie tries to take the baby away, Malini tries to stop her and Anu calls security to throw Imlie out of the house.

The security pushes Imlie out of the house and she falls into Aryan’s arms, but he doesn’t hug her back.

Meanwhile, Neela and Gudiya come up to Narmada and try to manipulate her by saying how complex Imlie’s family is and how Imlie is trying to adopt the baby of her ex-husband.