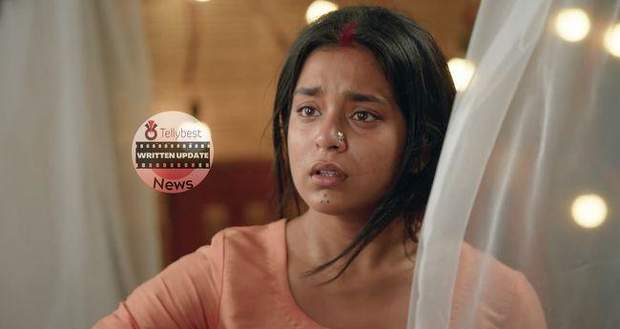 Meanwhile, Sundar takes Imlie’s name but Aryan furiously informs everyone that she has started a new family.

Narmada, Arpita and Sundar get shocked by Aryan’s words when he leaves abruptly saying Imlie and him have parted forever now.

On the other hand, Malini makes Cheeni choose one necklace for her marriage while Cheeni requests to call back Imlie.

Malini insults Cheeni but she points to Malini's shivering hands and accuses her of being afraid of Imlie.

In Rathore's mansion, Neela apologises to heartbroken Preeta but she starts bashing herself for being a coward.

Preeta insults Aryan for marrying the evil-minded Malini instead of Imlie and Neela takes her to Malini’s house to take revenge on Malini and Anu.

Meanwhile, Arpita stubbornly declares she will not let Aryan marry Malini as she has sent Jaggu away from her because of Malini.

However, Narmada defends him to Sundar and Arpita that Aryan cannot handle betrayal and prays for Imlie to save them.

In Malini’s house, Preeta accuses Malini of marrying Aryan while Anu insults Preeta and Neela for kicking them out.

Furious Malini tells them that she has no interest in Aryan and she is marrying him to keep him away from Imlie.

However, Malini insults Preeta for not being the villain in AryLie’s life as she brought her to Rathore's mansion for destroying AryLie’s relationship.

On the other hand, Imlie reaches the gate of Malini's mansion and stumbles but Neela holds Imlie and gets happy seeing her bump.

Meanwhile, Neela and Preeta apologise to Imlie for their actions and tell the truth about Malini being the mastermind behind their actions.

Neela and Preeta promise to support Imlie and call Cheeni out to assure Imlie of their support.

Meanwhile, Imlie gets shocked when Cheeni walks out innocently and hugs her mother with blank eyes.

Dropping tears of pain Imlie requests Cheeni to speak like before but Malini’s fear has toned down Cheeni.

Meanwhile, Cheeni apologises to Imlie and Imlie makes fun of Cheeni’s quietness and introduces her to the unborn child.

Smiling widely after a long time, Cheeni introduces herself to the baby bump.

Afterwards, Imlie informs Neela and Preeta that to fool Malini they need to make such kind of plan which will make Malini speak the truth herself.