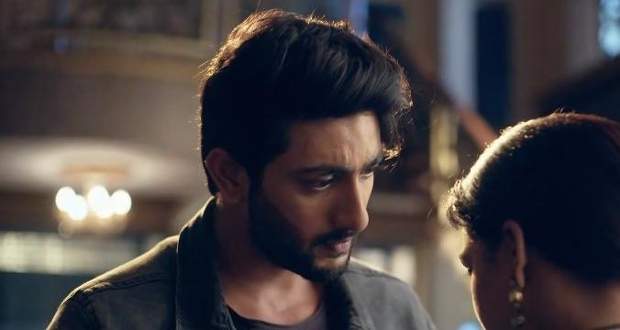 Today's Imlie 15th July 2022 episode starts with Imlie getting emotional seeing Gudiya and hugs her while the baby is sleeping.

Further, Imlie sees the adoption center papers and gets worried.

Just then, Malini comes there and tells her that her time is up while threatening to kick her out.

Aryan barges in with Anu behind him as Imlie invites them to their pooja at home the next day.

Anu refuses while Malini tells Imlie that they will surely attend the Pooja.

Afterwards, Aryan and Imlie go to the orphanage whose name was on the paper and learn that Malini is bribing them to hide that she is Gudiya's mother and is keeping her in the orphanage.

Imlie thinks that she has to do something while Aryan stops her and tells her that he feels jealous seeing her care for others.

Aryan tells Imlie that he is supporting her for the last time as a team and tells her that she is losing herself again for others.

Meanwhile, at the Chaturvedi house, Malini tells Anu that she knows Imlis trying to trap her in a plan and says that she has her own toy for Imlie.

Further, Malini hits the ball on the wheel of the baby pram and makes it fall down.

The next day at the Pooja, Malini and Anu taunt Imlie that a mother should always care for her own child first.

During the pooja, the baby starts crying and Malini-Anu intentionally don't take care of the baby to get Imlie's attention.

Imlie tells Malini to take the baby to another room and they both go to the room.

As soon as Imlie leaves, Malini throws the milk away and comes outside lying to Imlie thag the baby is crying even after drinking the whole milk.

Imlie remembers the doctor's words and runs to the room where the sees the discarded mill and gets angry.

Further, she makes the milk for the baby and vows to teach Malini a lesson.

As the Pooja is about to start, Imlie brings the baby outside when the lady from the orphans also arrives there.

© Copyright tellybest.com, 2022, 2023. All Rights Reserved. Unauthorized use and/or duplication of any material from tellybest.com without written permission is strictly prohibited.
Cached Saved on: Monday 21st of November 2022 01:07:25 AMCached Disp on: Friday 2nd of December 2022 04:06:35 PM