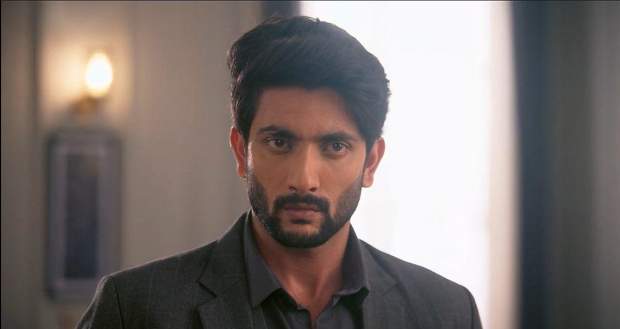 Today's Imlie 16th July 2022 episode starts with the lady from the orphanage arriving and a bunch of kids following that woman, seeing which Malini starts worrying.

When Neela tries to send the kids away, Arpita stops her and Imlie asks the priest to resume the Pooja.

Malini tries to sneak out of there while everyone’s eyes are closed and leaves little Gudiya there.

Imlie notices this and sends the orphanage lady after Malini who stops her but Malini bribes that lady for keeping her mouth shut to protect Malini’s secret.

Aryan notices that both Imlie and Malini are missing and goes out and stops Imlie, who asks Aryan to let her go.

Imlie goes after Malini and sees Veena counting the money Malini gave her.

When Imlie is shocked to see her, Malini says that Veena is on her side now.

Meanwhile, Anu starts a fire in the pooja room and pretends to start screaming and being scared.

While Aryan puts little Gudiya in a stroller, he and Imlie notice the fire in the room.

As he goes to rescue everyone, a girl sent by Malini stops him to ask him to help her in rescuing her brother.

At that time, Imlie puts out the fire with a fire extinguisher and the fire stops.

When Aryan leaves, little Gudiya is left unsupervised and Malini throws a ball on her stroller which makes the stroller almost fall.

Aryan runs towards the baby and so does Imlie but Aryan shouts at Imlie to stop running.

He runs towards little Gudiya and Imlie also paces towards it, ignoring Aryan, but Aryan is successful in stopping the stroller before it falls down the stairs.

He is mad at Imlie for ignoring him and the ball that Malini threw comes under Imlie's feet which makes her fall down the stairs.

Imlie gets badly hurt and her head starts bleeding and Aryan is numb from this shock.

While everyone runs to save Imlie, he gets down the stairs and stares at Imlie thinking that she broke the promise she made to him.

He picks Imlie up and takes her away while Anu and Malini smile at their plan being a success.

© Copyright tellybest.com, 2022, 2023. All Rights Reserved. Unauthorized use and/or duplication of any material from tellybest.com without written permission is strictly prohibited.
Cached Saved on: Monday 21st of November 2022 02:07:20 AMCached Disp on: Thursday 8th of December 2022 02:37:47 AM