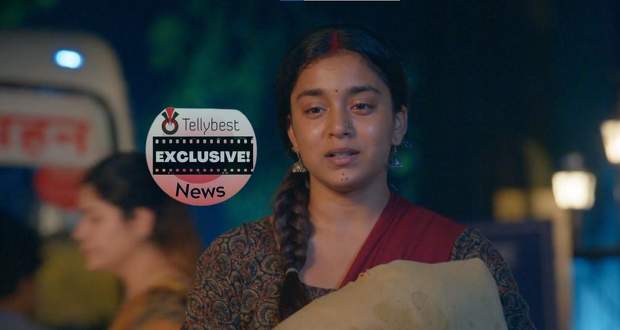 Today's Imlie 17th August 2022 episode starts with Aryan going to his room and destroying it while talking to himself and questioning why Imlie returned to his life.

Aryan gets a hold of Imlie's anklet that he held on to and sits by the sofa crying while Jaggu comes there.

Jaggu talks about Cheeni saying that he thought she was a fairy while Aryan recalls all his moments with Imlie and feels lost in the past.

Jaggu says that he will bring Cheeni so that she can fix Aryan with her magic.

However, Aryan holds him back and tells him that it is not possible as Cheeni knows they cannot be friends anymore.

Jaggu hugs Aryan and tells him that friendships never break.

On the other side of the house, the Rathore family does Imlie's aarti and requests her to stay back.

However, Malini comes there and insults Imlie saying that she probably intentionally sent Cheeni to Delhi so that she can come to the Rathore house again.

Malini goes on to say that Imlie has returned only because she doesn't have even a penny to spend.

Cheeni gets angry and is about to pinch Malini when Imlie stops her.

Cheeni questions why she can't talk back to Malini and Imlie is about to reveal that of is because Malini is her mother.

However, Imlie manages to hold herself back and tells Cheeni that it is because Malini is elder than her.

Later, Imlie and Aryan pass by each other and stop with Cheeni standing in between them.

Further, Cheeni connects Imlie and Aryan's hands and goes to sit on the sofa while the couple recalls all the venomous words they said to each other before separating.

Imlie goes to Cheeni and drags her away while her dupatta gets stuck in Aryan's watch.

Cheeni tells them that she won't go anywhere and run away to the temple where she complains to Goddess Sita about Imlie's stubbornness.

Narmada and Arpita come there when suddenly a fire bottle is thrown inside the house from the window.

However, Imlie gets stuck under the firing curtain while Aryan rushes there and saves Imlie.

Afterward, Aryan calls the police to file a complaint while Imlie notices a ball of crushed papers and unwraps it to read.

The paper states that the attacks will continue in the Bhaskar Times until they do not pay the debts.

Aryan leaves from there telling Imlie that it's not her business while Arpita informs her that Malini owns 50 percent of Bhaskar Times and handles it.

© Copyright tellybest.com, 2020, 2021. All Rights Reserved. Unauthorized use and/or duplication of any material from tellybest.com without written permission is strictly prohibited.
Cached Saved on: Sunday 2nd of October 2022 05:55:08 AMCached Disp on: Wednesday 5th of October 2022 06:41:42 PM