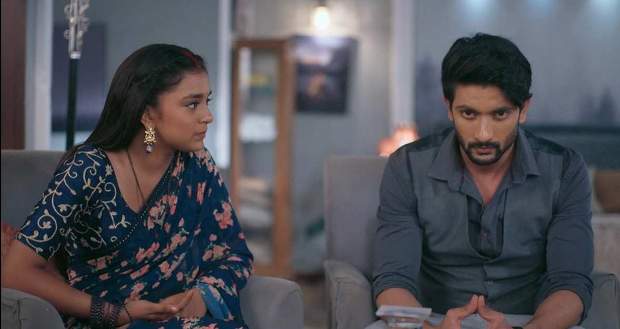 Today's Imlie 17th June 2022 episode starts with Aryan stopping Imlie saying that she can't let Madhav into their house and stops the wheelchair to go further.

However, Imlie reveals that Madhav's life is in danger as he is willing to reveal who attacked him and takes him inside with the family's approval.

Imlie thinks that now she will catch the person who manhandled Madhav as in place of Madhav it is secretly Sundar.

Arpita asks Imlie if she feels anything different while Imlie manages to get her out of the room so that she can execute her plan.

Imlie goes to Aryan and asks him if he found anything and Aryan gets annoyed.

Aryan argues with Imlie for letting Madhav stay in the house with them while Imlie says that Madhav can be innocent too.

Afterward, Imlie talks to Sundar while he keeps asking about food and requests her to bring it outside for him.

Meanwhile, Aryan is overhearing them and wonders if he is doing the right thing or not.

Later, Jyoti makes food and adds poison to it while taking it to his room.

However, Arpita notices this and informs Imlie who rushes there.

They both reach the guest room at the same time as Jyoti gets suspicious seeing Madhav (Sundar) stretching like he doesn't have any body pain.

Jyoti leaves from there and goes to her room where her condition gets worse as Harry gets excited realizing that she might die.

Back in the guest room, Imlie gets a call from the hospital informing her that Madhav is awake.

However, before Imlie can leave, Neela shouts for Keri and Imlie rushes to her distance in drama.