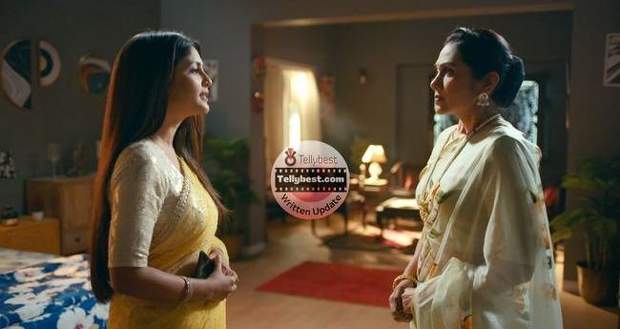 Today's Imlie 1st January 2023 episode starts with Imlie telling Atharva to get better for himself.

NO TELECAST TODAY DUE TO THE AIRING OF THE ITA AWARDS.

So far in the Imlie serial story, Imlie has managed to ruin both the party and Keya-Akash's evil plan by throwing out the alcohol from the glass bottles and filling them with healthy juice.

On the other hand, at the Rathod house, Abhishek is slowly learning about Cheeni's money-obsessed behavior while attending dinner there with his family.

Imlie has also gotten her first project as an intern in Bhaskar Times with a deadline while Atharva is adamant to break Imlie's hopes as he returns home drunk later that night.