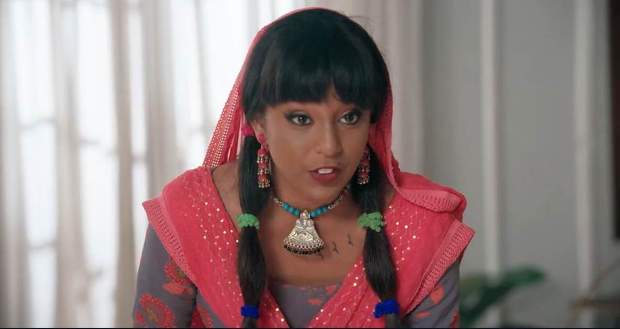 Today's Imlie 20th June 2022 episode starts with Aryan pacing the room as he recalls Imlie standing up for Madhav and letting him stay in the Rathore house.

He talks to Imlie's picture and blames Madhav for ruining his happy marriage with Imlie.

Just then, Arpita and Sundar go out to eat ice cream while Aryan sees them and goes after them thinking of them as Imlie and Madhav.

Meanwhile, Imlie is stuck with the guards keeping an eye on her.

She recalls learning a lesson from Aryan to solve problems and further manages to get away from them.

At the same time, Jyoti gets treated by the nurse while she thinks that she has to do something soon.

Imlie takes off the disguise and calls the police to come to the hospital to get Madhav's confession.

Meanwhile, Jyoti manages to knock out the nurse and get her hands on the tray of medical instruments.

Elsewhere, Imlie bumps into Harry out of the hospital when a security guard comes there and tells Harry that his wife has regained consciousness.

Imlie recalls the past and doubts if Jyoti tried to kill Madhav by poisoning and rushes inside the hospital.

Later, Jyoti goes to Madhav's room and injects him while confessing her crimes thinking that Madhav is going to die.

She leaves while the sleeping body on the bed turns out to be Imlie and she confirms her doubts about Jyoti being the perpetrator.

He learns that Imlie took Madhav to the hospital and gets furious.

Meanwhile, Harry informs Jyoti about Imlie which makes Jyoti attack him in anger.

© Copyright tellybest.com, 2022, 2023. All Rights Reserved. Unauthorized use and/or duplication of any material from tellybest.com without written permission is strictly prohibited.
Cached Saved on: Wednesday 23rd of November 2022 09:17:26 AMCached Disp on: Monday 5th of December 2022 01:11:24 PM