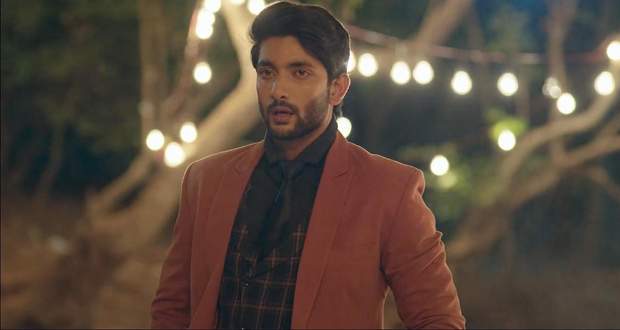 Today's Imlie 20th May 2022 episode starts with Aryan begging Imlie to open her eyes as he hugs her unconscious body.

In frustration, Aryan starts asking her who she is to make him suffer but then says that she doesn't know anything.

Aryan says that he doesn't want to suffer alone and shouts that he loves her.

The silence of the moment is broken as the rain starts after which Imlie opens her eyes and asks Aryan what he said.

However, he hugs her out of happiness and relief saying that he loves her while she also smiles at him knowingly.

They both get lost in each other's eyes after which Aryan carries Imlie in his arms and takes her inside the farmhouse.

He asks Imlie if she's okay and arranges a makeshift fire to warm her body.

Aryan hugs Imlie while she recalls his confession and thanks him but he misunderstands her and goes to bring more items to start the fire.

However, she stands up and tries to confess by thanking him for giving her love along with friendship.

Before she can confess, she again falls unconscious in Aryan's arms.

Neela questions Jyoti while asking her if Aryan and Imlie might be romancing somewhere else.

Getting distracted from her meditation, Jyoti scolds them saying that she has left no chance for Aryan to romance let alone confess to Imlie.

Back at the farmhouse, Aryan tells Imlie that they need to get to safety as she might get hyperthermia but she says that she's fine.

Aryan tells Imlie that he knows she once loved rain but now has only hatred towards it due to her past. He says that he wants to take away every fear of her and that she is his life which makes Imlie smile.

Before Aryan can leave to find a better location, Imlie stops him by saying Statue and hugs him while he tells her to say over.

As soon as Imlie says over, Aryan returns Imlie's hugs tightly making her assure of his feelings even more.

Back at the Rathore mansion, Narmada worries for Aryan while Arpita assures her saying that they might've stopped somewhere due to the romantic atmosphere.

To download Imli all episodes or watch Imlie today's (20 May 2022) latest full episode, go to hotstar.com