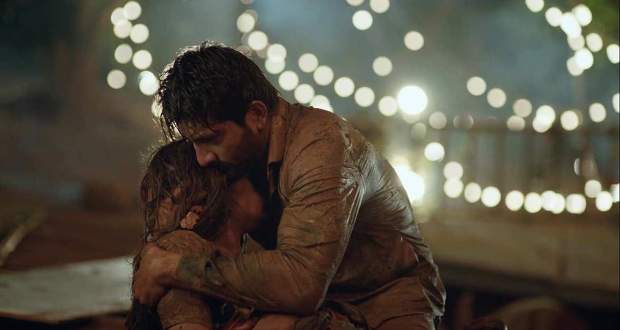 Today's Imlie 21st May 2022 episode starts with Aryan going to get help while Imlie stops him and tries to get romantic with him.

However, Aryan copies her words to tease her.

Imlie says that she is grateful for all the upcoming things he'll do for her and the things he has done.

Just then, Aryan and Imlie confess their feelings once again and hug each other tightly.

Elsewhere, Jyoti goes to the date location and gets worried seeing nothing.

Jyoti sees only debris and feels worried seeing no one when the police come there.

Jyoti comes to the police officers and asks them about Imlie and Aryan while telling them the situation.

Back at the farmhouse, Aryan arranges dried grass on the weed for Imlie to lay on and goes to get more.

However, Imlie says that she doesn't need it and makes him lie down with her.

Further, Aryan admires Imlie’s face while he hears her say that he will always be the first choice for her.

Aryan talks to Imlie about his emotions and scoots closer to her without even intending to as he puts his hand over Imlie's waist.

The next morning, Imlie wakes up in Aryan's arms and she gets up feeling a little shy.

Aryan wakes up and says that he had the greatest sleep in his life.

Realizing that he has given a compliment, Aryan tries to backtrack and calls Imlie hot and beautiful.

Both of them get shocked and then hear Narmada calling them.

Later, at the Rathore house, Narmada is worried for Imlie and Aryan when the said couple arrives there is a seemingly good condition.

Narmada scolds Aryan for not calling and again indirectly mocks Imlie for it.

However, Aryan takes Narmada's focus back to her and says that they spent the night at the farmhouse as Imlie had fallen into the pool due to the treehouse collapsing.

The couple join hands and go inside their room while Jyoti looms on in anger that her plan failed.

Further, Neela and Gudiya go to Jyoti's room and mock her.

However, Jyoti convinces herself that nothing major happened between Aryan and Imlie and breaks a glass of water in anger.

To download Imli all episodes or watch Imlie today's (21 May 2022) latest full episode, go to hotstar.com