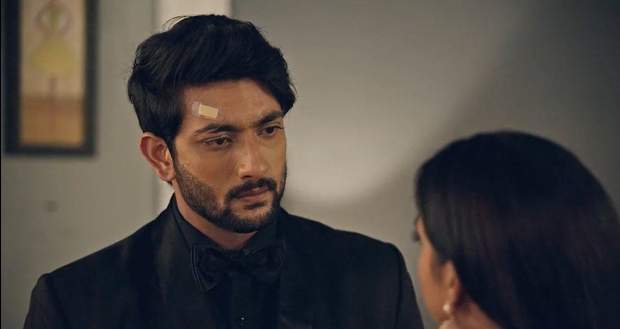 Today's Imlie 22nd April 2022 episode starts with Imlie going after Sundar and stopping him while he thinks about his moment with Arpita.

Imlie asks Sundar if he loves Arpita but he leaves without any answer.

Imli talks to herself while folding clothes that she will ask Arpita about her feelings also and will come to a conclusion.

Aryan sees her talking to herself and asks her what is the matter.

Imlie decides to take a leap of faith and asks him about Arpita's future plans.

Aryan asks her what is the need for a life partner when Imlie tells him that a life partner gives the person a reason to live, motivation to go ahead.

Meanwhile, Aryan listens to Imlie and keeps coming closer to her.

Just then, they hear Neela's shouts and go out to the hall to see Narmada pleading with Neela and Gudiya to not leave.

Neela says that she feels insulted after Imlie's taunts and will stop only after Imlie bows to her and apologizes.

However, Imlie agrees to apologize and go on her knees but instead of apologizing, opens the bags to reveal them empty.

Imlie says that Neela and Gudiya are not going anywhere and make everyone eat sweets.

The next day, Aryan is about to leave for the office when Gudiya tells him that she'll make tiffin for him.

Neela tries to insult Imlie by saying that wives should pack tiffin for their husbands but Imlie explains to her that the times have changed in her unique way.

Later, Arpita is apologizing to Arvind's picture for being friends with Sundar when Imlie comes there and asks her if she has feelings for Sundar.

Arpita feels at a loss for words and tells Imlie that she is talking nonsense.

Imlie tells Arpita to close her eyes and see what her mind tells her but Arpita insists Imlie do it first.

Imlie closes her eyes and sees all the times Aryan helped her when Arpita says her whom she saw.

However, Imlie starts blabbering instead of giving her a proper answer while Neela overhears their conversation.