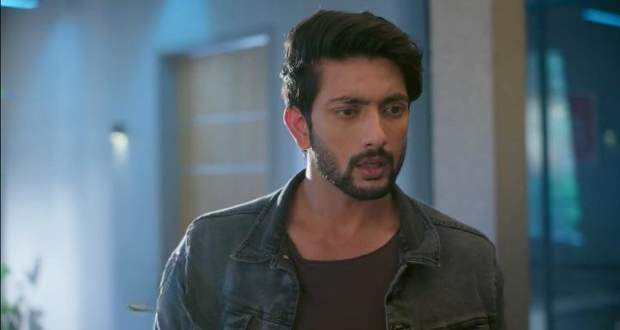 Meanwhile, Imlie's body is taken somewhere while Aryan looks for her throughout the hospital.

Jyoti tells them that they do so other family members do not get disturbed and invite them to join while thinking that she got saved at the last minute.

Imlie gets taken to an ambulance while Aryan runs to stop the ambulance and finds Imlie inside it which shocks him.

Meanwhile, Neela calls Meethi and asks her about Kerri while Meethi also plays along with Imlie and talks about an imaginary Imlie.

At the hospital, Imlie regains her senses and tells Aryan that Jyoti is behind everything while Aryan is shocked to hear it.

Imlie reveals that Jyoti is the one behind all the misunderstandings between them but Aryan doesn't believe her.

Later, Imlie is drinking soup while Meethi calls her and asks her why she's dressing up as Kerri.

Further, Imlie reveals to her how someone is trying to create misunderstandings between her and Aryan.

Meethi encourages Imlie and tells her to do her best.

Back at the house, Neela shouts for the family's attention and demands to call the police as Kerri is nowhere to be found.

Just then, Sundar comes there in disguise and acts as Kerri while Neela demands to hit her.

Later, Aryan and Imlie return home and shout for Jyoti while Imlie says that she's sure Jyoti isn't home.

© Copyright tellybest.com, 2022, 2023. All Rights Reserved. Unauthorized use and/or duplication of any material from tellybest.com without written permission is strictly prohibited.
Cached Saved on: Thursday 26th of January 2023 09:00:50 AMCached Disp on: Sunday 5th of February 2023 01:28:15 PM