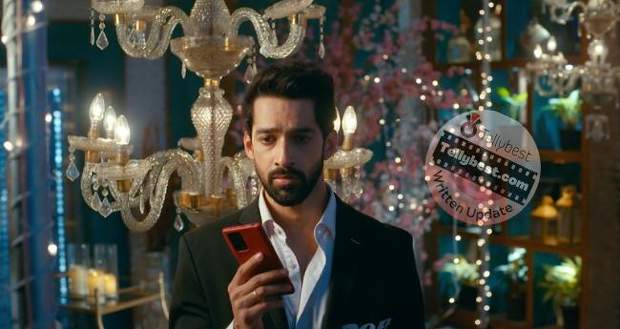 Today's Imlie 23rd December 2022 episode starts with Imlie stating that she will burn from the hatred and will become stronger only, not ashes.

She leaves the hotel while Atharva goes after her as the family members look on.

Rudra sits in the chair and shuts everyone's mouth by saying that only Imlie's anger is justified today.

On the other hand, Imlie walks in the rain while Atharva stops her and tells her that she'll get sick.

However, Imlie says that the family would have hurt even more seeing her crying and tells him to let her stay in the rain so that she can cry without upsetting anyone.

Atharva tells her that they should go inside and talk while Imlie tells him that she can't forgive a huge betrayal like his.

They both try to reason with each other while Imlie leaves saying that he has ruined rain for her too, along with her life.

Just then, Cheeni comes there and tries to convince Imlie to start a new beginning with Atharva since she is going to marry Abhishek anyway.

Imlie shouts at her telling her that she has given her an unhealable curse and has hurt her.

Cheeni feels irritated as she tells Imlie what more she wants as she has already slapped her in front of the family.

As Abhishek calls, Cheeni leaves from there telling Imlie that they'll talk once she has calmed down.

The next morning, Divya taunts Imlie while Devika tells her that she won't hear even a single bad thing about Imlie.

Just then, Imlie and Atharva come there and the family tries to talk to them but Imlie goes to her room without even looking at anyone.

She comes downstairs with her luggage and Devika tries to stop her while Imlie says that she can't stay there.

Imlie removes the Mangalsutra from her neck and goes to the temple apologizing as she says that Lord Shiva's devotees lied to her and made her feel dumb.

She talks to the statue and puts the Mangalsutra in the temple as she requests God to take care of her family (Rana's family).

Devika requests Imlie to not leave while Imlie asks her if she would like her daughter to stay in a situation like this which silences Devika.

She sobs silently as Imlie goes to Rudra and hugs him.

Imlie hugs Ginni and calms her sobs as she looks towards Atharva and says that even she'll miss them a lot.

© Copyright tellybest.com, 2022, 2023. All Rights Reserved. Unauthorized use and/or duplication of any material from tellybest.com without written permission is strictly prohibited.
Cached Saved on: Wednesday 25th of January 2023 04:31:18 PMCached Disp on: Tuesday 31st of January 2023 07:11:26 PM