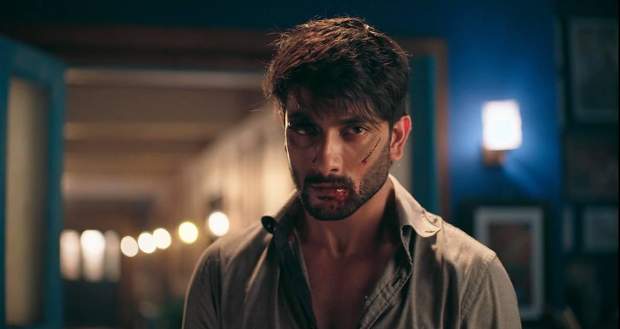 Today's Imlie 23rd July 2022 episode starts with Malini sitting in her office at the Bhaskar Times building while Swapnil comes to her with a news story.

However, Malini refuses to write news about the village but agrees after learning that the news is from Pagdandiya.

Just then, Meethi comes there and asks them what happened and Cheeni reveals Imlie's brave act of saving Binni.

Two drunkards come there and start arguing with Imlie and calling her out for raising Cheeni without a father.

However, Cheeni gives a befitting reply to the two drunkards and sends them away while the public awards him.

Back at Bhaskar times, Swapnil informs Malini that the news they got about Pagdandiya forcefully keeping Girish hostage is false.

Malini however says that they will keep the news as it is or else she will fire him.

Meanwhile, at the Rathore house, Aryan dreams about Imlie and breaks a glass in anger while Narmada and Arpita come there.

Narmada scolds Aryan and suggests he talk to Imlie or Meethi once while Malini arrives there.

Malini notices the burnt pictures and smirks to herself while showing them the false news about Pagdandiya and asks Aryan if he still has any feelings for the people of Pagdandiya.

However, Aryan says that he doesn't care about anyone and tells Malini to publish anything she wants and leave him alone.

The next day, Imlie is getting Cheeni ready for school while the villagers come to her and inform her about a big media house from the city publishing malign information about them.

Imlie goes to the village's editor and talks to him while saying that she will speak up against the big media house as she has video proof of the true incident.

© Copyright tellybest.com, 2022, 2023. All Rights Reserved. Unauthorized use and/or duplication of any material from tellybest.com without written permission is strictly prohibited.
Cached Saved on: Thursday 26th of January 2023 02:11:54 AMCached Disp on: Sunday 5th of February 2023 12:26:29 PM