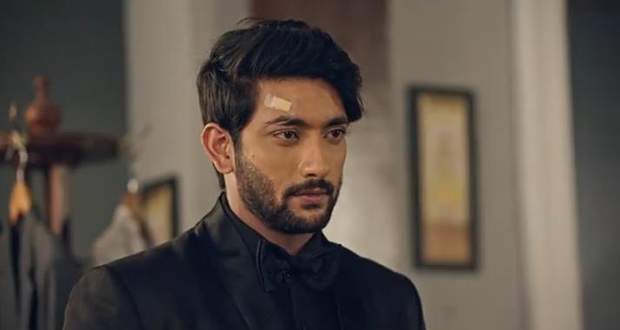 Imlie explains to Gudiya the importance of the test in her way when someone knocks on their front door.

Uday enters the house and greets the family while Imlie sees Uday and starts shouting at him recognizing him as the man who rudely behaved with the older lady.

Neela rebukes Imlie and says that Aryan should also give the cooking test and he agrees.

Meanwhile, Imlie calls Sundar and also tells him to make something for Arpita saying that Arpita is feeling a little upset.

The test starts and Arpita tells Uday that she likes Malai Kofta while he tells her to not say much and let her do his work.

At the same time, Imlie tells Aryan that she wants the special Pangdandiya Roti and gives Aryan instructions as he follows her recipe.

Further, during the taste test, Imlie tries the Roti made by Aryan and gets emotional while saying that it tastes just like her mother's.

Aryan tells Imlie that she should talk to Meethi but Imlie refuses while Aryan thinks that it has something to do with him and the day of the marriage.

Narmada tries Uday's Kofta and says that it is too spicy that Arpita won't even be able to eat it.

Though she's angry, Neela goes to the kitchen and sees the call from Sundar on Imlie's phone and takes it with her while putting it on mute.

Meanwhile, Imlie is telling the family that Uday failed the test as he couldn't even fulfill Arpita's needs let alone her desire while not even asking for Arpita's advice while cooking.

Narmada agrees with Imlie and tells Uday that she also couldn't see the coordination between them.

© Copyright tellybest.com, 2020, 2021. All Rights Reserved. Unauthorized use and/or duplication of any material from tellybest.com without written permission is strictly prohibited.
Cached Saved on: Saturday 1st of October 2022 10:52:53 PMCached Disp on: Sunday 2nd of October 2022 04:53:37 AM