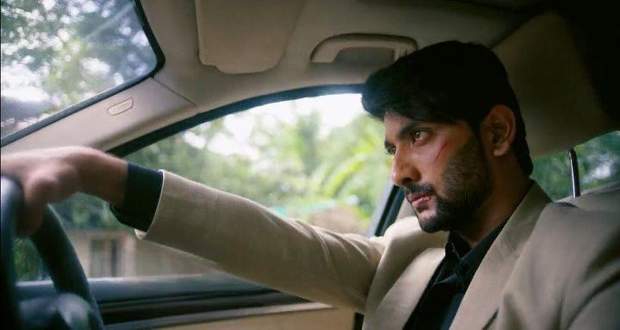 Today's Imlie 26th July 2022 episode starts with Imlie talking to the police officer while Meethi comes there and asks her if Cheeni is with her.

Imlie states that she dropped off Cheeni at the school but Meethi reveals that Cheeni's teacher called and informed her that she didn't come to school today.

At the same time, Girish puts an unconscious Cheeni in the bag and tries to escape from Pagdandiya.

Imlie gets worried concluding that Cheeni has been kidnapped by Girish while the police get into the action.

Back in Delhi, Malini feels confident that Girish will manage to prove himself innocent and calls Aryan but learns that he has left for Pagdandiya.

Elsewhere, Girish gets worried seeing the police barriers and takes a ride from Aryan who is going towards Pagdandiya with an excuse.

Later, Aryan's car passes by Imlie and covers her in mud from the pothole in the road.

Imlie recalls her first meeting with Aryan and gets emotional.

Meanwhile, Aryan sees that Girish is constantly looking at the bag and gets suspicious.

At the same time, Imlie gets a hold of a scooty and goes on the same road as Aryan's car while he sees her from the rearview mirror.

Back in Delhi, Anu tells Malini that she can bring back Aryan from Pagdandiya by creating an emergency in the Rathore house.

Elsewhere, Aryan drops off Girish at a lodge in Pagdandiya and gets emotional recalling his moment with Imlie.

Meanwhile, Imlie cries to Meethi and realizes that she hasn't checked the lodges for Girish yet.

Imlie sprints out of the house and again gets on her scooter to look around lodges for Girish and Cheeni.

© Copyright tellybest.com, 2020, 2021. All Rights Reserved. Unauthorized use and/or duplication of any material from tellybest.com without written permission is strictly prohibited.
Cached Saved on: Sunday 2nd of October 2022 06:15:45 AMCached Disp on: Thursday 6th of October 2022 03:15:00 PM