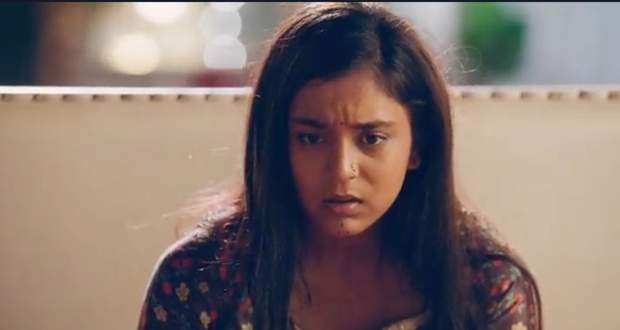 Today's Imlie 26th March 2022 episode starts with Gudiya complaining to Neela about how she is losing Aryan to Imlie.

Aryan and Imlie come face to face with the photographer pointing their serious faces.

The photographer suggests poses while Aryan acts all irritated but Narmada pushes Aryan to do everything for Imlie’s sake.

Imlie does a few poses extra to irritate Aryan more while Aryan questions Imlie for her changed behaviour.

However, Aryan feels all the feelings when he goes to kiss Imlie and everyone later mocks him.

All the family members later apply Haldi to Arylie but Neela stops Narmada and Arpita from applying Haldi saying they are widows.

Aryan roars at Neela and asks her to stay within limits as she is only a guest.

Neela emotionally blackmails how Rathores did not follow the rituals at Narmada’s marriage and she lost her husband.

When Aryan argues, Narmada stops him saying she can not lose anyone now and stops herself and Narmada from applying Haldi.

Imlie leaves when she sees Arpita and Aryan get emotional and says her Haldi will go as per her wishes as she is "Imlie from Pagdandia".

Neela taunts Meethi for not teaching any manners to Imlie but Imlie retorts with the love she received in the Tripathi and Rathore house.

Later, Imlie takes the Haldi from Narmada’s hands and applies it to her face making Aryan lovingly stare at her and does the same with Narmada.

Meethi gets emotional applying Haldi to Imlie and Aryan while Neela applies with a flower stick fearing touching low-class Imlie.

Surprisingly, Aditya comes at the end to apply Haldi to Imlie and calls himself Imlie’s friend.