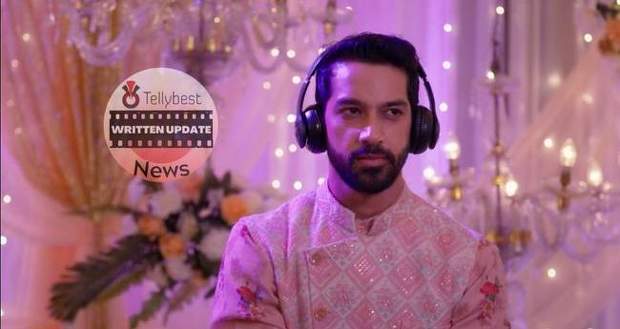 Today's Imlie 26th September 2022 episode starts with Imlie seeing Parul standing at the crossroad and screaming at Atharva to stop the car.

Atharva stops the car abruptly and Imlie goes out of the car after advising Atharva to go back.

When Imlie reaches her friend, Parul's barrier of tears breaks and she informs Imlie that her boyfriend ran away after snatching her jewellery and feels embarrassed for her actions.

On the other hand, Cheeni advises Arpita and Rupi to tell everyone the truth but Rupi warns Cheeni to handle the situation delicately and wait for Imlie.

However, Cheeni curses Imlie in mind when Arpita says Imlie will fulfil every promise as she is Aryan and Imlie’s daughter.

Cheeni confronts Arpita and furiously says she has lived with her hero, not Imlie.

Elsewhere, Imlie dresses up as an 80-year-old woman and fools Parul’s boyfriend by wearing lots of jewellery.

In Rathore's house, Cheeni crashes with Rudra and advises him to buy a walking stick while Rudra glares at her.

On the road, Parul’s boyfriend put a knife on the bus driver's neck and makes him follow Imlie and Parul.

Meanwhile, Parul and Imlie are running trying to save themselves from the bus but her furious boyfriend asks the driver to speed up.

At the time, Parul stumbles and seeing the bus close Imlie pushes her out of the way.

However, when the bus is about to crash into her, Atharva's car comes in between Imlie and the bus.

On the other hand, Cheeni tries to tell everyone about Parul running away but the Rathore family stops her.

At the same time, Atharva is fighting with Parul’s boyfriend who is angry at Imlie for ruining his plans of running away with Parul’s jewellery.

Furious Atharva gives lessons of love to Parul while punching her boyfriend and impressing Imlie with his thoughts on love.

Meanwhile, Atharva is furious at Parul’s boyfriend for betraying Parul, him and Cheeni.

Later, Imlie thanks Atharva for helping her out so many times and Parul apologises to Atharva for believing her boyfriend.

However, Imlie gets shocked realising that Arto helped her run away but before she can confront him Atharva gets a call from Akash (Atharva’s Elder Brother).

Atharva, Parul and Imlie decide to go home but before going back Imlie slaps Parul’s boyfriend and snatches her bag of jewellery.