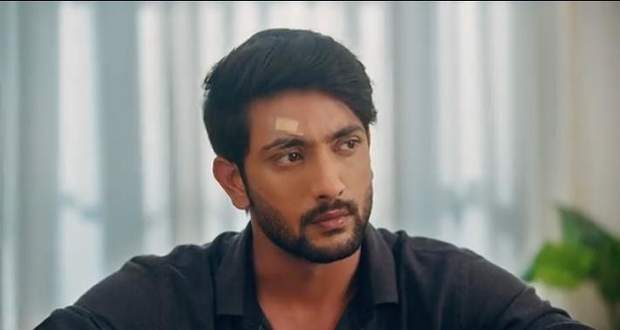 Today's Imlie 27th April 2022 episode starts with Narmada apologizing to Uday saying that she couldn't find the coordination between him and Arpita that she found in Imlie and Aryan.

However, Neela reveals that Imlie doesn't want Uday to succeed and shows them a call made on Imlie's phone to him.

Uday angrily leaves from there followed by Neela and Gudiya while Imlie apologizes to Narmada and Aryan.

Imlie tells Aryan and Narmada and says that it's okay if they don't accept Sundar but they should not settle with Uday.

Meanwhile, Neela sees Sundar coming inside the mansion gates and tells Uday to take the tiffin from him.

Uday insults Sundar calling him a servant and takes the tiffin from him.

They go back inside the house and lie that Uday remade the Malai Kofta and brought it for Arpita.

Uday acts nice in front of the family and asks Arpita to give him another chance by getting engaged to him.

Narmada happily says that they will get engaged while Imlie looks at the tiffin and realizes that Sundar brought that tiffin.

The next day, Aryan sees Imlie looking pretty in a golden saree and calls her pretty out loud unintentionally.

Imlie gets stunned hearing Aryan and questions him but he calls her stupid.

Imlie requests him to not let Uday marry Arpita but Aryan thinks that she doesn't want Arpita's happiness and scolds her.

Later, Imlie tries to talk to Arpita but Arpita says that she doesn't want to talk about anything anymore and leaves.

During the engagement, Imlie convinces a waiter to drop the food on Uday but gets shocked seeing Uday act nice to the waiter.

Meanwhile, Aryan sees everything and concludes that Imlie is planning something.