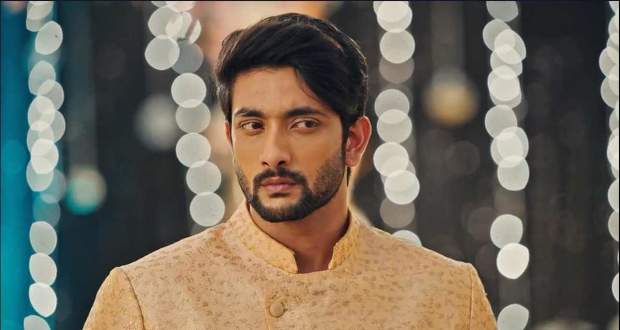 Aryan starts slapping Uday and keeps apologizing to Imlie for not believing her.

Uday's parents request Aryan to let Uday go after which he explains to Uday the importance of parents.

Aryan tells Uday that his lawyer will fight him and that Uday's parents will get everything back.

Uday gets kicked out while Neela calls Arpita bad luck and tells Narmada that she should send Arpita away.

Imlie tries to stand up for Arpita but Neela also insults her saying that she is a mistake of her mother's.

Aryan stands up for Imlie and Arpita in front of Neela who fumes in anger.

Aryan calls for Arpita but doesn't see her anywhere when Imlie suddenly says that Arpita has locked herself in her room.

The family rushes to Arpita's room and tries to get her to open the door while they see Arpita holding a bottle of pills.

Aryan tries to break the door while Sundar climbs from the balcony and breaks the window to get inside the room.

Aryan sees Sundar stopping Arpita from eating the pills and scolding her for trying to end her life.

Sundar accidentally confesses to Arpita in anger while Arpita also reciprocates his feelings and hugs him.

Just then, Aryan breaks the door and gets inside the room with the family while Imlie looks on from the window on the balcony.

Neela character assassinates Arpita while Aryan goes to Sundar and suddenly hugs him for saving Arpita.

Further, Aryan apologizes to Arpita and holds her and Sundar's hands together asking her if she is okay.

Arpita hugs Aryan and apologizes to him for not being able to say anything while Narmada also hugs them.

Arpita calls out to Imlie and tells her to join the family hug saying that she's family too.

Neela tries to manipulate Narmada but leaves from there in anger after failing followed by Gudiya.