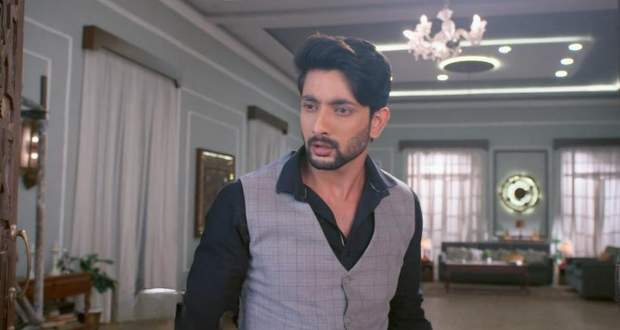 Today's Imlie 29th June 2022 episode starts with Keri doing the pooja in the Rathore house and saying that she wanted to gift Aryan the truth on the occasion of his birthday.

Keri prays to God to help her prove that Aryan is the father of her unborn child.

Just then, Aryan passes by there and asks her about Imlie.

However, Keri says that she doesn't know and tries to flirt with him to distract the conversation.

Shockingly, Aryan goes along with Keri and keeps getting closer to her to hug her forcefully.

Keri gets flustered and angry while Aryan reveals to Imlie that he knows it's her.

Aryan apologizes to Imlie for not being able to recognize her sooner and asks her the reason for the disguise.

Imlie honestly tells Aryan that she did it to expose Jyoti but is failing without her partner's support.

He agrees and Imlie further tells him the plan while wiring herself so that Aryan can hear everything she is having.

They hug while Neela overhears them and gets shocked thinking that they are having an affair.

Keri talks to Jyoti and tries to talk to her about Imlie's death plan but Jyoti doesn't take her name.

Later, a parcel comes for Imlie and Keri takes it saying that Imlie ordered her to do so.

Harry tries to inform Jyoti about Imlie and Keri being the same person but fails as he's paralyzed.

Further, Keri goes to Jyoti's room and hides a camera there after which Jyoti comes there and sets up a trap.

Jyoti tried the trap by putting a watermelon in the target's place and the knife cuts it into two pieces.

Afterward, Jyoti puts the gift for Imlie given by Aryan at the trigger and says that now Imlie will be finished.