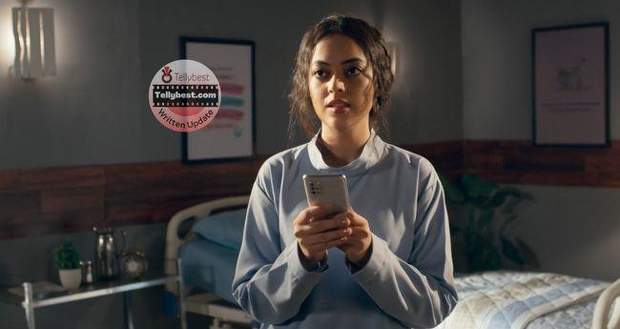 Today's Imlie 30th November 2022 episode starts with Atharva telling Imlie that they are getting late and telling her to walk.

However, Imlie stumbles due to the injury on her leg while Atharva holds her and asks her when she will start thinking about herself before other people.

Before Imlie can respond, Atharva picks her up in his arms and helps her while she gets lost in his eyes.

Her Mangalsutra gets stuck in his jacket and he suggests breaking it but she stops him saying that the Mangalsutra is an indicator of their marriage.

Meanwhile, at the treatment center, Cheeni destroys the room while scaring other patients too as she calls the doctor and tells him that he will have to bear the consequences for it.

Afterward, Cheeni gets a call from Keya who mocks her and makes fun of her for ending up at the treatment center.

Cheeni disconnects the call and calls Anu afterward telling her to make sure that Atharva and Imlie reach the hospital and take her from there.

Elsewhere, the news shows some kidnappers kidnapping children and keeping them hostage somewhere in the jungles.

At the same time, Imlie and Atharva find the truck filled with crying kids and decide to save them.

Atharva stays with the kids behind while Imlie goes to the front of the truck to drive.

However, she hides seeing the kidnappers coming their way.

Imlie hides while the goons drink and have fun.

Imlie's phone rings and she gets caught while Atharva calms the crying kids.

The goons get angry as they separate and go to attack both Imlie and Atharva.

The kids get scared as they inform Atharva that the goons have daggers and will kill them.

However, Atharva tells the kids to not be afraid as he is going to save them.

Just as the goons open the back door, Atharva kicks him in the chest making him fall to the ground.

The kids start shouting for Atharva while the goon at the front threatens to kill Imlie.

However, she starts the truck at a rapid speed and starts driving it away.

The goon falls to the ground while Atharva and the kids cheer for Imlie.

After some time, Imlie stops the truck and Atharva gets curious while Imlie tells him to look ahead.

A man is seen sitting on top of the truck with a table and a bottle of alcohol in his hands.

Imlie gets scared while Atharva tells her to run over the guy.