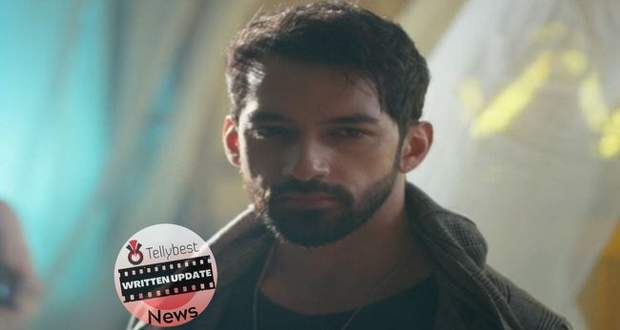 Today's Imlie 30th September 2022 episode starts with Rudra telling Imlie that it will be his pleasure if she becomes his daughter-in-law and asks her if she wants to meet his son.

At midnight, Imlie asks for Cheeni's advice on the marriage proposal and she calls Imlie naive and tells her that Rudra’s son will reject her.

Meanwhile, Imlie believes Cheeni’s words as she thinks no one is going to like her because of her village background.

The next morning, Rudra orders Atharva to visit Rathore's mansion for a marriage proposal but he gets agitated and refuses his father.

In Imlie’s room, Arpita and Rupi are getting Imlie ready but Cheeni urges Imlie to get ready in the beauty parlour.

In Rana's house, furious Rudra threatens Atharva to meet the girl and if he does not listen to his words, he doesn't need to come back to Rana's mansion.

Meanwhile, Atharva gets furious at his father's threat and screams at him that he will marry the girl he loves.

Later, Imlie and Cheeni go to the beauty parlour and urge Imlie to get ready with heavy makeup as the modern man like modern girls.

At the same time, Rudra scolds Akash for asking for money to buy a college seat for Ginni (Akash’s younger sister).

However, Kia (Akash’s wife) confronts Rudra for scolding Akash and he gets sad as his family does not like him.

Meanwhile, Rudra tells Devika that Imlie is his last hope for Atharva and this house but Shivani informs her brother that Atharva has his own dreams.

On the other hand, Cheeni signals the beautician and she gives Imlie a cup of green tea.

After some time, Imlie feels her face burning while Cheeni fills her eyes with tears and blames her family for not thinking about her at all.

Cheeni thinks that no one thought of marrying the elder sister first but they all jumped at the opportunity to marry Imlie in a wealthy family.

Hearing Imlie’s screams, Cheeni feels bad and in her mind, she encourages Imlie to endure the pain until Rudra’s son rejects her.

© Copyright tellybest.com, 2022, 2023. All Rights Reserved. Unauthorized use and/or duplication of any material from tellybest.com without written permission is strictly prohibited.
Cached Saved on: Monday 21st of November 2022 05:28:55 PMCached Disp on: Saturday 10th of December 2022 01:47:41 PM