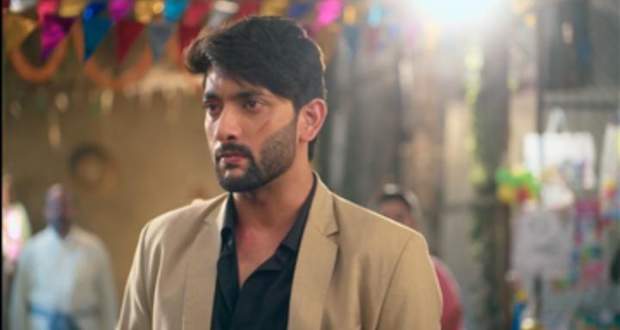 Today's Imlie 3rd August 2022 episode starts with Cheeni asking Imlie about her father and asking for a name.

However, Imlie explains to her that a person doesn't become a father just by name but should be there for the child and fight for the child without being asked to.

Cheeni recalls Aryan and asks Imlie if she is talking about the city guy when Aryan arrives there with gifts for Cheeni.

Imlie however tells Chini to get inside while looking at Aryan with a glare.

Meanwhile, in Delhi, Neela is trying to fix a marriage for Aryan while Anu comes there and announces that Aryan already has someone on their mind.

Aryan demands that Imlie inform her of the name of Cheeni's father when Meethi comes there and announces that Chini is their distant relative's daughter.

Anu tells the Rathore family that she is talking about Malini but Malini clarifies that she's talking as a business partner and insists on leaving.

However, Anu states that they should stay for the pooja.

Back in Pagdandiya, Meethi insists Aryan stay as he's the one who has brought pizza for them and takes Imlie inside.

Meethi tells Imlie that Aryan is returned for her and should inform her that Cheeni is Gudiya.

However, Imlie immediately refuses to state that Aryan blamed Gudiya for Chikoo's death and that he doesn't deserve that happiness.

Later, they all sit for eating but Imlie lies that she isn't hungry while Meethi takes Cheeni outside.

Aryan and Imlie get into an argument and he orders her to sign the apology letter so that he can leave Pagdandiya.

However, Imlie lights it on fire and states that she won't support the wrong as she is not wrong.

Meanwhile, the intern clicks a picture of Aryan and Imlie together and sends it to Malini.

Gudiya (Preeta) talks about Aryan and how she wishes he would return while Malini tells him that she also wishes the same.

Aryan and Imlie exit the house while Aryan tells her that she's made a grave mistake.

Imlie again boldly tells him that she is Sita Maiyaa's Bhakt and that nothing would happen to her.