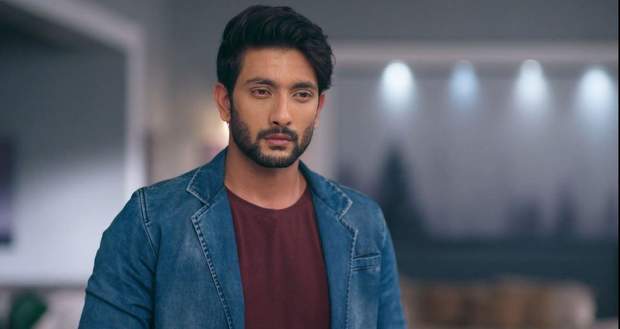 Imlie gets half-awake from sleep but Aryan again puts her to sleep and decides to punish Mirchi.

Aryan takes Mirchi outside where Jyoti meets him and tells him about Imlie being unconscious while at the sting operation.

Jyoti thinks that now Aryan will start doubting Imlie and goes to sleep.

The next morning, Aryan decides to take Imlie to the hospital to get her sleep abnormalities checked out when Jyoti brings up the night of the sting operation.

Imlie reveals that she doesn't remember much about that night as Madhav had brought some medicine for her and she fell into a deep sleep.

Later, Neela gets angry and tries to insult Imlie but gets handed a broom to clean up Mirchi's faeces by Imlie.

Elsewhere, Jyoti calls Aryan and again instigates him saying that he should question Madhav.

However, Imlie comes there and tries to scare Jyoti who feels that she is exposed.

Afterward, Imlie wonders why Jyoti was asking Aryan about the night of the sting operation and calls Madhav.

She tells Madhav to not inform Aryan about the truth of the night of the sting operation as the flashback shows Imlie getting attacked and injured.

Imlie tells Madhav that Aryan will not let her work anymore if he knows about her injury and disconnects the call.

Aryan comes there and questions Madhav about the medicine he gave Imlie but Madhav gets nervous and leaves from there.

Back at the Rathore house, Neela throws water on the laptop while Imlie is working on to take revenge but gets shocked after learning that it was Gudiya's laptop.

Neela slips on the water and falls while Gudiya leaves from there without helping her.

Elsewhere, Jyoti goes to a pharmacy and manages to steal sleeping pills for her next move.