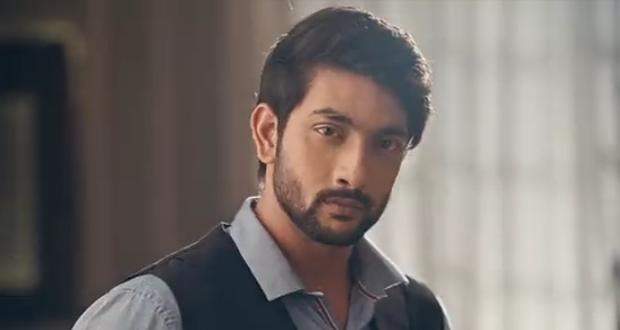 Today's Imlie 4th June 2022 episode starts with Aryan teasing Imlie about Mirchi and repeating all the things that Imlie says to Mirchi.

Imlie gets angry and says she will punish him which makes Aryan sigh in relief as he will take any punishment from his wife.

With Mirchi on her shoulder, Imlie commands Aryan to join hands with Mirchi which Aryan is scared of.

Imlie adores Aryan’s little attempts and praises him for trying when Aryan leaves the room after receiving a message.

Jyoti comes and tells Aryan that she went to the medical shop where she spotted Madhav buying a specific medicine for Imlie on the CCTV footage.

Aryan searches for the medicine and discovers it as sleeping pills which sparks suspicion in him against Madhav.

Jyoti asks Aryan to discuss this with Imlie to see if she remembers anything but Aryan refuses to do so.

Aryan tells Jyoti that one question can break his bond with Imlie so he will not confront Imlie until he reaches the truth himself.

Aryan returns, Imlie tells him that she will go to the office the next day with him for the employee appreciation day.

The next day, Aryan gives a speech to all the employees of the Bhaskar Times with Imlie and other family members being present.

Imlie says she has to appreciate her special ally which Aryan suspects to be Madhav but it turns out to be the copy machine.

Aryan awards several employees the best employee award including Imlie, but does not mention Madhav at all.

Seeing Madhav being completely ignored, Imlie tries to talk to him as per Jyoti’s suggestion.

Meanwhile, Neela and Gudiya get caught by Arpita while searching for ways to throw Imlie out of the house.

As Imlie comes there, Gudiya breaks one wheel of Imlie’s chair so that she tumbles down on sitting on that.

Madhav comes to Imlie on calling and insists on going home early but Imlie thanks him for his support and gives her trophy to him.

However, the trophy falls down and Madhav takes the support of the chair to fetch the trophy, eventually crashing on the floor.

Aryan asks Madhav what he has done as anger beams in his eyes.