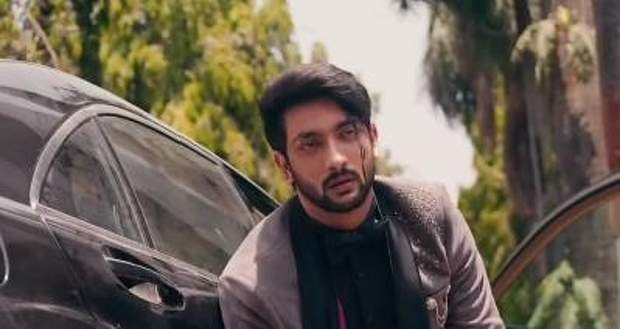 Meanwhile Narmada and Arpita contemplate ordering food for Aryan. At the same time, Neela enters the room and tells them that they should order their daughter in law rather than outside food.

Imlie enters the room with the sheera that she had prepared.

She makes fun of Neela by making her sniff dried grass resulting in Neela sneezing continuously.

Imlie marches toward Aryan and flirts with him leaving him amazed while Narmada and Arpita giggle to themselves.

Surprised by Imlie's sweet behaviour, Aryan asks her if she had mixed chili powder.

Imlie assures him that she had done nothing and feeds him.

Aryan eats the whole Sheera while looking at Imlie intently.

He tells her that the sheera tasted delicious while a nurse informs Imlie about a person waiting for her.

Gudiya and Neela are confused about Aryan's behaviour.

At the same time, Imlie tells them how she had heard them earlier and had to cook once again.

Annoyed by the defeat, Neela throws Imlie's file up in the air. All the papers gets scattered around.

Imlie starts to gather the scattered papers while Aryan stops her.

Arpita and Narmada scold Aryan for leaving his room and instruct Imlie to take care of his medicine.

Aryan finds Imlie interfering with his plans for Aditya.

Later, he lashes out at her and orders his office staff to keep vital files out of Imlie's reach.

Neela demands Gudiya to remove her makeup and act like she’s been fasting.

Aryan and Imlie arrive at the home and Imlie help him to accompany him to the room.

Imlie plans to get the files sneakily after Aryan drifts to sleep.

However, Aryan starts working on his laptop. Imlie blackmails him that she’d complain about him to Arpita.

Imlie tries to narrate a story of imagination for Aryan to help him to sleep.

On the other hand, Neela is astounded by Gudiya's pimples face and contemplates Imlie and Aryan's relationship.