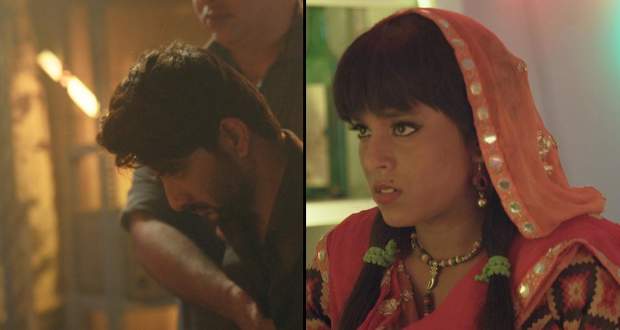 Today's Imlie 6th July 2022 episode starts with Jyoti arriving at the place and seeing Aryan and Imlie lying on the ground with bullet wounds.

Aryan lies unconscious while Imlie is still awake and Jyoti mocks her saying that her goons did the work and ran away.

Jyoti crouches next to the unconscious Aryan thinking that he's dead and starts her monologue saying that she is his true love.

Meanwhile, Imlie warns her to not touch Aryan and tries to get the gun.

However, Jyoti kicks the gun away and says that Keri will also have to die and that she will be blamed for Aryan's death.

Jyoti further angrily confesses how she tried to instigate Aryan against Imlie but failed every time and points a gun at Imlie.

Jyoti fires a gun but Imlie manages to dodge while the police come there and tell Jyoti to surrender.

Aryan and lmlie also wake up from their pretended unconsciousness which shocks Jyoti while Harry reveals to her that he is the one behind everything.

Flashback shows Harry and the police shooting the goons before they can kill Imlie and Aryan.

Back to the present, Harry gets Jyoti arrested for the attempted murder of Imlie, Harry, and Nargis.

Jyoti tries to justify saying that she did everything for love while Imlie shouts at her that she doesn't even realize the true meaning of love.

Harry apologizes to Imlie and leaves saying that he also has to pay for the wrong things he did even if they were done under pressure.

Later, Imlie tells Sundar and Arpita to go back home while she talks to Aryan and calms him.

Aryan punches the wall in guilt recalling all the times he argued with Imlie while Imlie stops him by putting her hand on the wall.

Imlie makes him sit at the table while Aryan praises her unable to look her in the eyes.

Feeling emotional, Aryan says that she was even ready to sacrifice herself for him but he couldn't even let go of his ego for her.

However, Imlie makes him realize that he's not wrong and reconciles with him.

© Copyright tellybest.com, 2022, 2023. All Rights Reserved. Unauthorized use and/or duplication of any material from tellybest.com without written permission is strictly prohibited.
Cached Saved on: Wednesday 25th of January 2023 08:54:32 AMCached Disp on: Thursday 9th of February 2023 08:22:30 AM