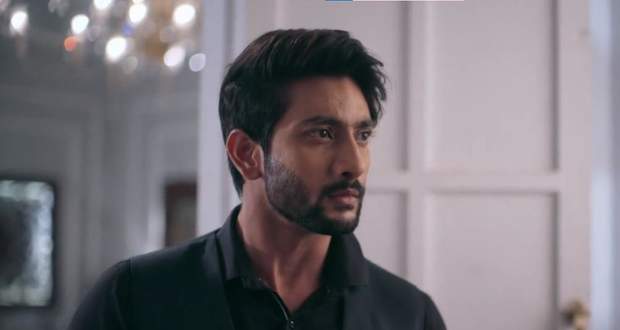 Today's Imlie 8th June 2022 episode starts with Imlie reaching the location of the event and getting surprised to see her senior Raghu instead of Madhav.

Further, Imlie greets the kids and answers their curious questions.

Meanwhile, Harry hides behind a tree and aims a gun at Imlie but hides after seeing the camera recording everything.

He informs Jyoti about it who is on a call with him and she tells him to use his head.

Harry starts shooting in Imlie's direction without looking due to which he misses the target.

Imlie, her team, and the kids hide behind a table as Harry sees it and feels guilty for firing at the kids.

Meanwhile, Jyoti, who is on call thinks that Imlie is dead and starts dancing which makes the family members curious.

At the same time, Aryan interrogates Madhav and questions him about the night of the sting operation while recording their conversation.

At the event, the police arrive and Imlie starts crying saying that she felt the need to protect her baby for the first time.

Madhav reveals to Aryan about Imlie getting injured on the night of the sting operation and starts blabbering about Imlie as he idolizes her.

However, Aryan misinterprets his words and gets violent with him while informing him that he's fired.

The mothers of the kids show their gratitude to Imlie while the police inform her that she's the main target and tells her to return to the office for the time being.

Back at the office, Madhav thinks to call Imlie but Aryan takes his phone and calls security to throw him into a room until the police arrive.

However, Madhav keeps yelling for him to call Imlie which angers Aryan, and in rage, Aryan starts beating him.

Just then, a hand stops Aryan's oncoming punch which turns out to be Imlie's.

Imlie questions Aryan while the police arrive and ask for Madhav.

Aryan tells the police to arrest Madhav for making his wife unconscious and taking advantage of her which shocks Imlie.

She stops the police and says that nothing like that happened while Madhav sighs in relief.

Aryan asks Imlie if she knows what she's saying while Imlie berates him for doing such a thing without thinking it through.