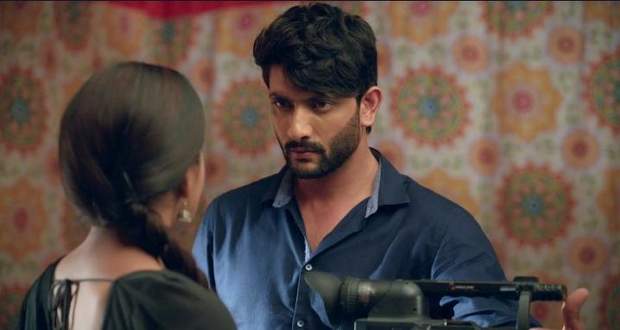 Today's Imlie 9th August 2022 episode starts with the villagers getting worried as the doctors keep on checking all the children.

A doctor comes out and informs the parents that the children got sick due to eating something and tell Imlie that they need to do a blood transfusion as Cheeni's condition is much more complicated than the others.

Back in Delhi, Golu (Jagu) tells Arpita and Sundar that he wants a sibling as all his friends play with their siblings and he doesn't have any.

Back in Pagdandiya, Aryan gives blood to Cheeni and she gets stable while the villagers keep scolding and taunting Imlie for the recklessness.

Aryan calms the villagers and tells Imlie that she will have to prove herself innocent to not only him but the whole village.

Malini gets shocked as Aryan calls the police and gets Imlie arrested.

A flashback shows, Malini instigating Aryan and telling him that she has proof of Imlie's stale ladoos being the reason for children's food poisoning.

In Delhi, Neela taunts that if Imlie didn't ruin the whole family five years ago, Jaggu would have an older brother or sister to play with.

Further, Neela states that once Aryan gets married to Preeta, they will get the heir of the family.

However, Arpita reminds her that Aryan and Imlie are still legally husband and wife.

Back in Pagdandiya, Malini shows the video to Aryan and tells him that they should give it to the police and leave the village.

However, Aryan refuses to go anywhere without knowing that Cheeni is fine.

Meanwhile, in jail, Imlie keeps worrying about Cheeni and prays for her.

Cheeni regains consciousness and keeps asking for Imlie while Aryan tells her that she will be here soon.

Aryan recalls a moment when he encouraged Imlie and says the same timing to Cheeni who reveals that she knows that speech.

Aryan gets stunned while Chini reveals that Imlie said the same thing to her in the past.

Cheeni asks Aryan if he likes her and assures him that she likes him too.

However, Aryan suddenly recalls eating the laddoo made by Imlie that Chini gave him.

He tells Malini to bring the evidence and rush to the police station.

Later, at the police station, Imlie gets furious seeing Aryan as Cheeni is left alone at the hospital.

However, she is left stunned when Aryan tells the police that he is a witness and proof of Imlie's innocence as he even had three ladoos made by Imlie since the morning and nothing has happened to him.

© Copyright tellybest.com, 2022, 2023. All Rights Reserved. Unauthorized use and/or duplication of any material from tellybest.com without written permission is strictly prohibited.
Cached Saved on: Monday 21st of November 2022 06:41:25 AMCached Disp on: Saturday 3rd of December 2022 03:31:44 PM