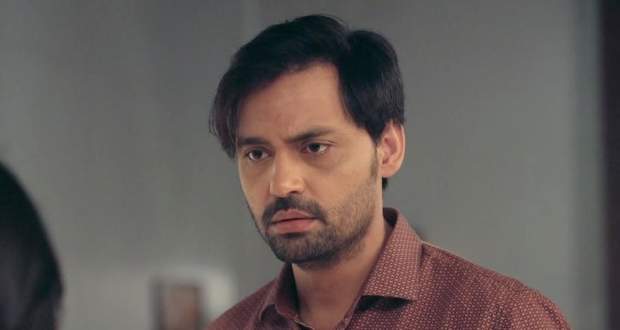 Today's Imlie 9th June 2022 episode starts with Imlie standing by Madhav by saying that a woman's sixth sense has the power to anticipate any eve teaser and Aryan has no right to blame on this matter because he is a man.

Aryan feels humiliated while Imile says to have a look at Madhav's innocent face before concluding his fault and apologizes to Madhav.

Imlie talks to Aryan to stop being overprotective towards her and the baby.

Aryan hands over a medical report to Imlie which reads that Aryan has a medical condition of azoospermia (no sperms to ejaculate) and Aryan cannot be a father.

Aryan hands over another report to cross-check and says he can never be a father and Imlie feels embarrassed.

Aryan says that no matter who's the father of their child, he will consider the child as his.

Later, Imlie is informed that Madhav is the one who impregnated her but Imile says she lied to him as she was not unconscious on the night of the sting operation.

Aryan says that Imile is still in denial and her trauma has made her delusional.

Later, Aryan realizes that Imile was there at the shootout and saved the children at school.

Aryan talks to Imlie and asks her to be professional, Imlie calls him a hypocrite as he is unprofessional himself by kicking an intern out.

Meanwhile, Jyoti practices her act in front of the mirror to give the best reaction to Imlie's death while Aryan arrives with tears in his eyes.

Aryan confesses to Jyoti that he should have informed Imlie about Madav beforehand.

On the other hand, Imlie prays to God to explain to Aryan that he is the father and gets a hint that someone might be behind this plan.

Imlie pledges to find out the one behind this hideous plan and teach him a lesson.

Further, Aryan reminds himself of Imlie's gut feeling which has never been wrong and scares Jyoti to get caught.