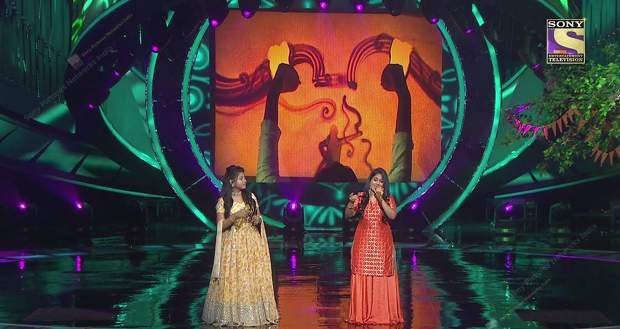 First comes Arunita Kanjilal with her performance on Payoji Maine Ram Ratan Dhan Payo for which she receives appreciation from all the judges.

Next Sayali Kamble sings Pal Pal Hai Bhaari from the film Swades. She receives a standing ovation from judges.

ShanmukhaPriya and Mohammad Danish perform from the London Dreams film and Jiyo Re Baahubali from Baahubali 2: The Conclusion movie. Judges praise them by giving Mausam Badla.

All the contestants come together to sing Chale Chalo song from The film Lagaan.

Again all contestants come along to perform on Aarambh song from the film Gulaal and Raghupati Raghav Raja Ram from Awam movie.

© Copyright tellybest.com, 2020, 2021. All Rights Reserved. Unauthorized use and/or duplication of any material from tellybest.com without written permission is strictly prohibited.
Cached Saved on: Thursday 29th of April 2021 07:46:35 AMCached Disp on: Thursday 6th of May 2021 07:04:08 AM