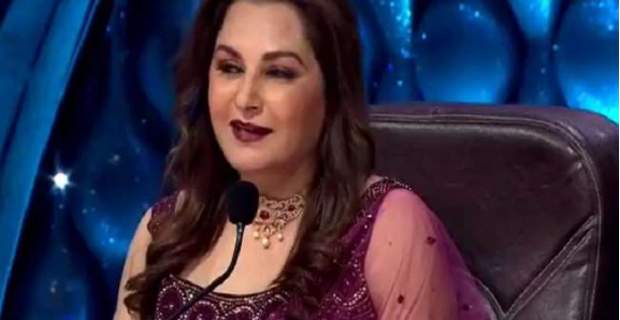 Next comes Mohammad Danish with singing De De Pyar De song from the Sharaabi movie. Jayaprada recalls her moments with the song.

Jayaprada shakes her leg with Mohammad Danish on Dafaliwale Dafali Baja song from the Sargam movie.

Jay plays a segment with Jayaprada.

Nihal Tauro and Sayali Kamble come together to sing on Ui Amma from the Mawali movie.

The written update of the Indian Idol 2020/2021 episode story ends.

© Copyright tellybest.com, 2020, 2021. All Rights Reserved. Unauthorized use and/or duplication of any material from tellybest.com without written permission is strictly prohibited.
Cached Saved on: Sunday 9th of May 2021 03:49:30 AM